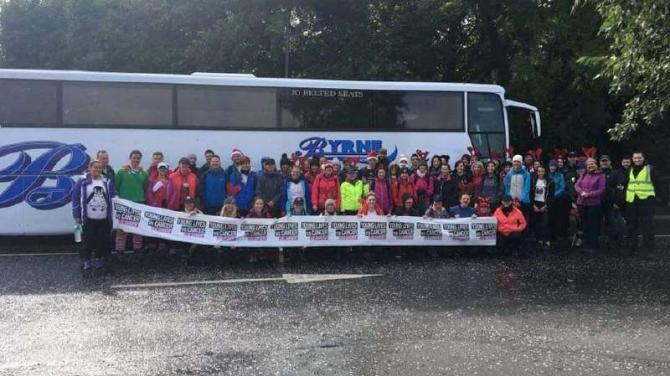 A GROUP of hardy souls from Omagh are preparing to climb Slieve Binnian later this month - while donning Christmas jumpers!

Personal trainer Paddy McGrath, of PMax Fitness, has been organising the annual event for a number of years now, and this year the money will be raised for both the local Palliative Care and Rapid Response teams.

So far, it looks like a group of 20 people will be tackling the mountain together on Sunday, November 21 - a climb that will be in memory of Patsy and Mary McGale.

"It's an event myself and Michael Duff have organised for the last three or four years," explained Paddy.

"In the past, we've climbed Donard, Croagh Patrick and Carrauntoohil.

"We would normally have tackled them in September, so the Christmas jumper theme felt a little more adventurous, but now we'll just look like we're too early for Christmas!"

This fantastic but challenging circular walking route follows the Mourne Wall to the summit of Slieve Binnian - a total of 747m.

"It's going to be tough," acknowledged Paddy.

"As I say, we normally do it in September so we would have more hours of daylight, but on November 21, you don't have too many hours to get up and down.

"We'll be trying to set off at 10am at the latest and at the most, it will take us five-and-a-half or six hours.

"We have 20 people signed up so far, but there could be at least double that on the day. I'll be giving it another push this week to get others signed up. Anyone can come along, we'll all be sticking together and won't let anyone get lost or lag behind. We'll be sticking in groups.

"We're hoping for good weather. Although it might be a bit frosty in the morning, we're hoping for sun and a clear day. The views are meant to be amazing.

"We'll be finishing up in the lake at the bottom of Slieve Binnian, although that is optional.

"There is a great buzz when you get to the top of any mountain. You'll feel amazing that you have achieved something, especially when you're doing it with a group of people for a good cause. It all makes it worthwhile."

To donate to this worthy cause, search 'Christmas Jumper climb 4' on Facebook.