Remembrance Day services to be held across district 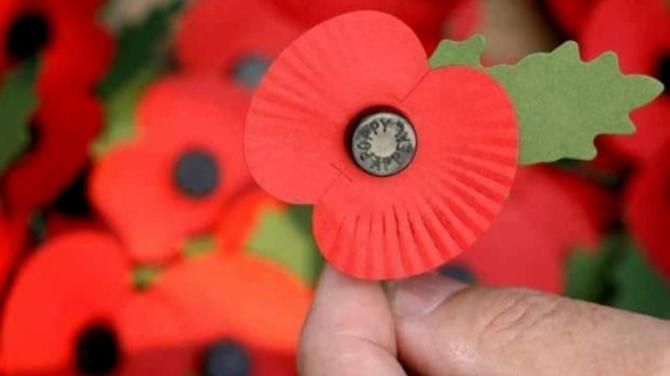 ROYAL British Legion (RBL) branches across the district are preparing to hold services to commemorate our Fallen heroes this Remembrance Sunday.

The parade in Omagh will take a slightly different route this year.

"Our thanks goes out to Omagh Academy for offering us the use of their hall, but because of Covid-19 restrictions we had to respectfully decline," said a spokesperson for Omagh RBL.

The parade will form at 9.30am outside the Royal British Legion in Omagh for inspection, before setting off at 10am and will go through Campsie, Market Street and Bridge Street before stopping at the Cenotaph where a short service will take place at 11am, followed by the act of remembrance and the wreath-laying ceremony.

The parade will then move back towards Omagh RBL for dispersal.

"The parade is open to everyone who has an understanding of the RBL, we would love to see a good attendance," concluded the spokesperson.

Meanwhile, the parade will Castlederg will form up at Albert Street car park at 2.30pm, moving to the War Memorial, led by Kilclean Pipe Band. There will be a short ceremony and wreath-laying and act of remembrance.

The parade will then move off via John Street, Main Street, Lower Strabane Road to Albert Street car park.

In Newtownstewart, Legion members and friends will meet at the Model Primary School at 9.30am for inspection, and parade of town, to the Cenotaph for laying of wreaths.

The church service will take place at 10.45am in Newtownstewart Presbyterian Church, after which participants will form up again for the parade back to the school.

"Last year our Remembrance Sunday was a somewhat none event due to the Covid-19 regulations, with the Poppy collecting around the houses not happening," said a spokesperson.

"This year we are trying to get back to a bit of normality although the event will be scaled down again.

"We hope you can join us on this very special occasion where we will be adhering to all government guidelines."

Elsewhere, the Annual Remembrance Day wreath-laying ceremony in Fintona will be forming up at 2.45pm on Sunday at the Cenotaph, maintaining social distance rules followed by the drive-in service at 3.30pm.

"We thank all who has supported our Legion during these difficult times and look forward to your continued support."

The Augher/Clogher branch will hold their service of remembrance and wreath-laying ceremony at the Cenotaph, Clogher, commencing at 2.30pm.

Any organisation, group or individual attending the event are to assemble at the Cenotaph.

There will be no parade or church Service.

A short remembrance service will be held at the Cenotaph accompanied by Roughan Silver Band. A piper will play the Lament and a bugler the Last Post and Reveille.

A spokesperson for Fivemiletown RBL said "this year will be a Remembrance Sunday that will return to as close to normality as current Covid-19 regulations will let us.

"We are delighted to return to our normal format for our parade and church service," said the spokesperson.

"Members and youth groups are asked to gather at Fivemiletown RBL for 2.30pm.

" There will be a short Act of Remembrance and Wreath laying ceremony at 2.45pm.

"This will be followed by a parade along the normal route lead by Cavanaleck Pipe Band to St John’s Church of Ireland. The Youth Groups will disperse at this time while the members of the RBL will attend the service.

"The numbers at the service may be restricted but it will be relayed to the church hall nearby for those unable to get into the church. The parade will then make its way back to Fivemiletown RBL."

In regards to the Poppy Appeal, there will be no house collection this year but Poppy boxes will be placed in a number of businesses, shops and schools around Fivemiletown.

Fivemiletown RBL will host a coffee morning on Saturday, November 6, from 10am to 1pm.

"This will give members of the community the chance to purchase their Poppies and other related items," said the spokesperson.

"We are delighted to have Murley Band playing for an hour or so during the event."

Meanwhile, in Strabane, an Act of Remembrance by the Strabane District branch of the RBL will take place on Sunday at the cenotaph on Derry Road.

The short service will begin at 9am where the Duke of Abercorn will be in attendance to lay a wreath on behalf of the branch.

Also in attendance and taking part will be councillors, youth groups and members of the clergy.

The branch is is encouraging people to turn out and support the event whilst adhering to COVID-19 guidelines.