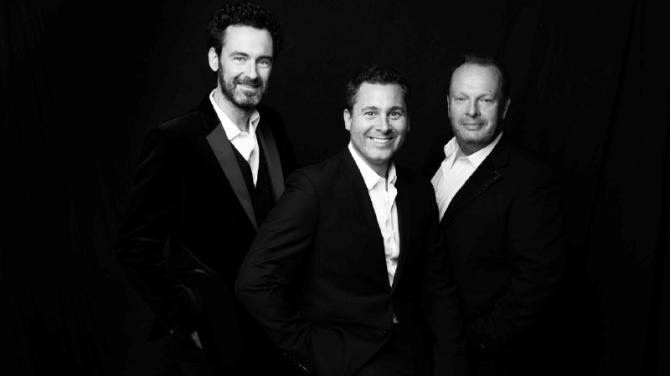 WITH over 20 years together, The Celtic Tenors are marking their anniversary this year with a special Christmas show, featuring snippets from their ninth studio album 'An Irish Songbook'.

Their show will present a selection of some of the best Christmas songs including favourites like 'O holy Night' and 'White Christmas' with a sprinkling of some of Ireland’s finest songs.

The Celtic Tenors are delighted to be back at the Strule Arts Centre, Omagh, on Thursday, December 30, doing what they do best – bringing some musical magic in their contagiously charming way.

The only tenor group with a truly global audience, whether playing a neighbourhood cathedral or major concert halls in international cities like Sydney, New York, or Shanghai, they bring world class, good humoured performances to the stage.

"They genuinely love what they do and you’ll see that shine in each rendition with beautiful Celtic songs like the Isle of Innisfree, The Parting Glass or the stunning Carrickfergus," said a spokesperson for the Strule.

"Matthew Gilsenan, James Nelson and Daryl Simpson offer more than beautiful voices and musical artistry. Comfortable in all genres from classical and pop to great Irish folk songs, they bring their audience on a musical voyage filled with fun and laughter.

"The Celtic Tenors pioneering approach, has welcomed a wider audience and fostered a fresh and invigorating style which has won them critical acclaim and many fans the world over."