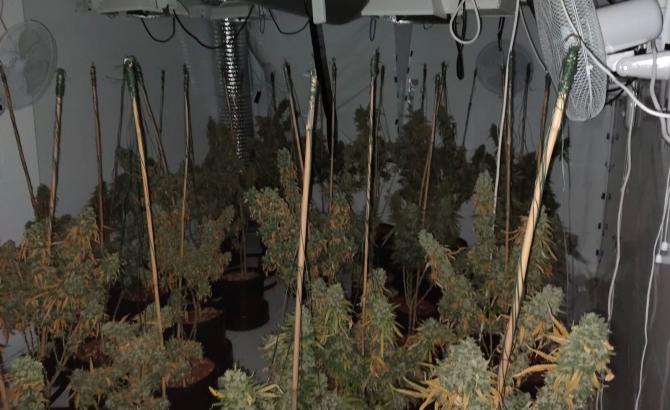 The charges are in relation to the arrest of a man following the search of a suspected cannabis factory in Omagh yesterday, Friday, January 7.

He is due to appear via videolink before Enniskillen Magistrates Court on Monday, January 10.

A police spokesperson said: "As is normal procedure, all charges will be reviewed by the Public Prosecution Service (PPS)."

It comes as police confirmed they had seized suspected Class B drugs with an estimated street value of £60,000 from a property.

Chief Inspector Hoy said: “Officers conducted a search of a property in the Omagh area yesterday afternoon (Friday), where they located a suspected cannabis factory."

He added: “We are committed to tackling the illegal supply and use of drugs, and will continue to investigate those who profit from the consequent misery and harm.

“Our investigation into this incident is ongoing, and I would ask any member of the public who has any information which could be of assistance to police to contact the non-emergency number 101, quoting reference number 1006 of 07/01/22.

“Alternatively, information can also be provided to the independent charity Crimestoppers on 0800 555 111 which is 100% anonymous and gives people the power to speak up and stop crime.”