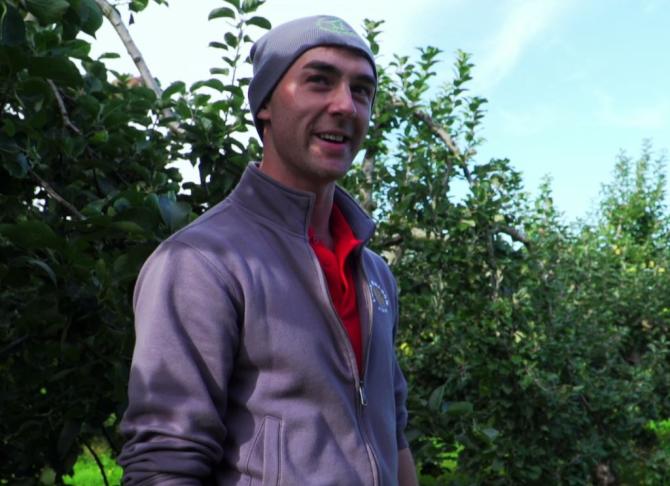 UTV’s hit farming series, ‘Rare Breed - A Farming Year’, returns on Tuesday 12th April at 8pm. The families are bringing in their various harvests and making preparations for next year.

It’s October, and on the shores of Strangford Lough the Elliott family rear turkeys. The family have years of experience looking after the birds and yet Mark and Olive are still fascinated by their behaviour. Olive comments that they are ‘extremely inquisitive’. While Mark is making sure the turkeys are well fed, his mum Olive can’t help giving them an extra treat. She comments too, “I can’t do without my family, I have to be so nice to them at the minute!” Mark points out that they have been receiving orders for Christmas since August, which is ‘absolutely nuts.’

Near Kilcoo in the Mourne Mountains, Aine Devlin is preparing her flock for the most critical part of her farming year- breeding season. Aine is keeping an eye on her rams to make sure they’re doing their job. She coats their chests with paint to see which ewes they have been with. Aine laughs, “This is his cologne for the girls!” For her AI is not the way to go as the ewes would then all lamb on the same day on the mountain. She loves this time of year and is proud of the part she plays in the economy. “What’s better than buying produce from down the road from your neighbours and local communities?” she says.

Outside Crossgar, Richard Orr is thinking ahead to next year’s wheat crop. It’s all about the planning and attention to detail to make sure the groundwork is done right. He’s conscious of the environment, saying, “The major thing in the world is carbon footprint. Chemicals have made farming easy, and modern machinery has damaged the structure of the soil - we need to rebuild that.”

Meanwhile, just outside Portadown it’s all hands on deck for apple harvest at the McKeever family farm. There isn’t a high yield this year but sometimes things not going to plan can be a blessing. Pat talks about the seven to eight weeks of hell and this year pickers have been hard to get. Peter comments, “It’s half the battle when you have good people around.”

On the Donegal / Londonderry border, potato farmer Jamie Rankin and his team are coming towards the end of their harvest. He enjoys the early starts and says, “What you do before dinner time’s your day’s work.” While it’s a job Jamie enjoys, it also comes with challenges as winter months close in. The bad weather has led to reduced yields and a late harvest, but he’s very proud to have produced a good crop.