Dodds 'honoured' to be appointed Deputy Lieutenant of County Tyrone 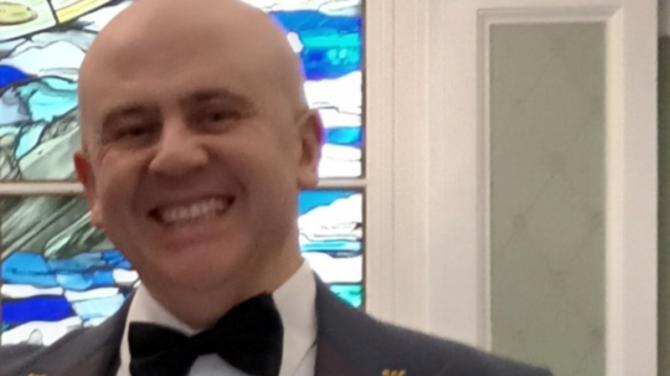 SQUADRON leader Graham Dodds, a resident of Omagh and regional media communications officer for the RAF Cadets in Scotland and Northern Ireland, has recently been appointed to the prestigious role of Deputy Lieutenant by HM Lord-Lieutenant for County Tyrone, Mr Robert Scott OBE.

This Crown appointment supports the Lord Lieutenant in his many duties representing HM The Queen across County Tyrone including Royal and VIP visits, community events and ceremonial occasions.

Mr Dodds has also served as a police officer for the last 24 years, with postings in community policing across Tyrone, command of the province-wide specialist Tactical Support Group and currently as head of road policing for Northern Ireland.

He also supports the Irish Ex Service's Veterans Association as a member of their Cavan Branch, the Royal British Legion and Brooke House Veterans Centre.

Since 2021, Graham (an Anglican) has also served as communications officer for the Northern Ireland Catholic Police Guild to support their development and improve cross-community relations.

As well as receiving the British Citizen Award 'Medal of Honour' for community service in 2021, he was honoured with the award of an MBE in the 2022 Queen's New Year Honours List for 'Public Service to Communities Across Northern Ireland.'

Commenting on his appointment as DL, Squadron Leader Dodds commented: "It is the highest honour in my professional life to have been appointed as a Deputy Lieutenant and I look forward to serving HM The Queen and HM Lord-Lieutenant, Mr Robert Scott, to the utmost of my abilities and with all of my dedication.

"I am delighted to be able to support and represent the fantastic people of Tyrone, having lived and served here for the majority of my career."