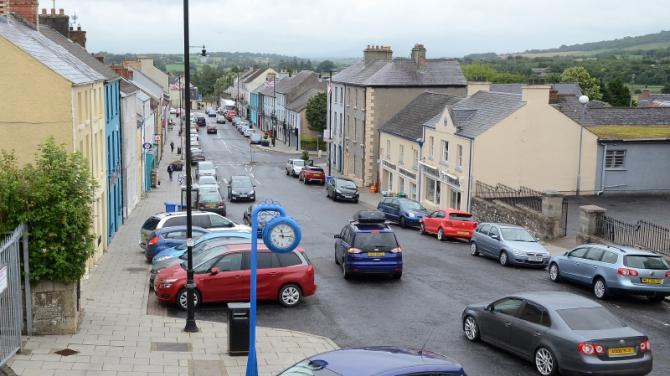 WORK to formulate a town masterplan for Newtownstewart to unlock its potential and regenerate the town centre is underway.

Sinn Féín councillor, Kieran McGuire - who represents the Derg DEA - said he has received confirmation that the process to formally adopt the plan has now begun.

It follows a motion brought by councillor McGuire before Derry City and Strabane District Council last year, which was unanimously supported.

The motion called on the local authority to recognise "the specific needs of Newtownstewart town centre and the need for regeneration work to be carried out", and to commission a feasibility of a masterplan "with a particular focus on a car park facility within the town" to help traders post COVID.

An amendment by SDLP councillor, Steven Edwards, also referred to matters of outdoor facilities, the development of a Greenway Plan and a plan to develop the untapped tourist potential that the area offers.

Speaking this week, councillor McGuire said it is welcome news that the proposal is advancing.

“The motion received unanimous support and a masterplan has since been worked up to draft form by council officers," he commented.

"However, having a formal masterplan in place is vital to securing the necessary funding streams to make things happen and I, along with local stakeholders, have been concerned at the delay in moving the process any further forward.

“Having written to the council chief executive (John Kelpie) outlining concerns about this delay, I am delighted to have now received a response confirming that following a recruitment exercise, council is now in a position to commence the formal masterplan process which will include further stakeholder engagements and putting the draft plans out for public consultation before the adoption of the final plan.

“I would encourage everyone, from all local stakeholder groups to individuals, to have your say in shaping this masterplan to assist in the socio-economic regeneration of the area.”