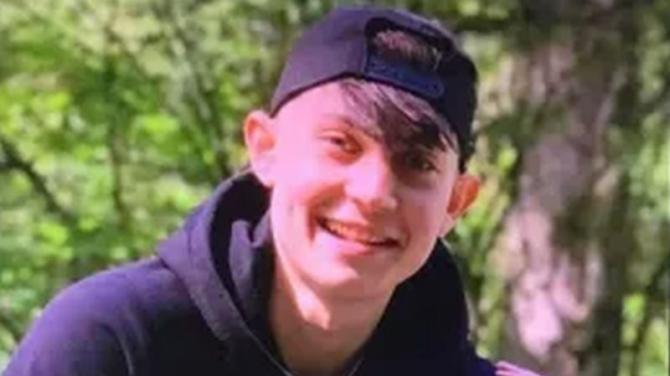 A YOUNG Omagh man who tragically passed away due to a severe allergic reaction has been described as a "remarkable" young gentleman whose heart was filled with love.

Jakub Bednarz (21), originally from Poland but who had been living locally since he was two, suffered the severe reaction from something he ate on March 25. He spent the last month in intensive care and sadly passed away on Friday.

On Sunday, Jakub was laid to rest following Requiem Mass at Christ the King Church, Omagh.

A former student of Christian Brothers' Grammar School, Jakub had been due to graduate in Music and Audio production from Queen's University, Belfast, in a few weeks.

"When you speak about your son, you about him as the great gift God gave you," Fr McElhennon said.

"Your words and also the words that have been spoken for Jakub these past few weeks since he fell ill and the tributes...all speak of a remarkable young gentleman.

"I had the great pleasure of knowing Jakub. I met him many times and I can say that Jakub was indeed a genuine young gentleman.

"A very genuine young man, who was gracious, warm and charming...polite and courteous.

"We are all poorer for having lost Jakub so suddenly and at such a young age."

Paying tribute to Jakub following his sad passing on Friday, a spokesperson from Christian Brothers Grammar School described him as a "diligent, determined and conscientious" pupil.

"It is with great sadness that we learnt of the passing of Jakub Bednarz. Jakub was a much-loved and highly respected pupil at the Christian Brothers’ Grammar School between September 2012 and June 2019, when he left to study Music and Audio Production at Queen’s University Belfast.

"He was a diligent, determined and conscientious pupil with an infectious and engaging warmth that made him extremely popular with his peers and staff alike. He was sincere, good-natured and always generous with his time, voluntarily assisting at many school events over those seven years.

"As a school community we pray for the repose of Jakub's soul and extend our deepest sympathies to Jakub's family at this very difficult time.

"His gentle and unassuming nature will ensure that he will always be remembered with great fondness and affection by all of us who knew him."