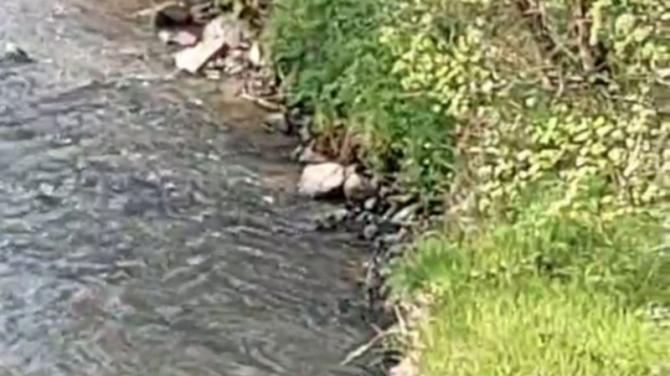 A LOCAL angler has said there are "high levels of frustration" among the angling community following another pollution incident on the Camowen River.

Evidence of suspected industrial drainage was detected by anglers on a stretch of the Camowen River on the afternoon of Friday, April 29.

The incident was subsequently investigated by Loughs Agency, and it was concluded that some discharge had previously seeped into the river - however, by the time the investigation was carried out later that day, the pollution had already ceased.

A further investigation the following day detected suspended solids embedded downstream, but no evidence of fish mortalities were found.

The recent incident follows pollution on the Camowen River in January, which saw hundreds of fish killed.

Mark Tierney, of Camowen Community Anglers Association, said that the response times by the Loughs Agency and Northern Ireland Environmental Agency in relation to reports of pollution are lengthy, with pollution often passing downstream before officers arrive to investigate.

"This is the latest in a long line of recent pollution incidents," he said. "Members are very vigilant to checking the river conditions, and contact the appropriate departments when pollution is detected.

"However, the waiting times are always quite long and by the time officers are sent out to investigate, the pollution has generally dissipated and is much harder to detect.

"In this case the river was very low because of a long spell of dry weather. The water should have been clean and low, but due to pollution it was was pure yellow/orange. It was obvious that it was suspended sediment and we suspect it is linked to local gravel extraction industries.

"This is a serious problem on the Camowen River, and the reason we are highlighting this is because we its going to get worse, largely because of inaction of the agencies.

"The most recent incident happened on a maternity stretch. Anglers are very frustrated as last season we saw a bumper spawn of salmon on this stretch. This area is highly protected and no-one is allowed to fish on it, but incidents of pollution such as this causes profound damage.

"The future of fish stocks depend on that stretch of water being looked after and protected. Agencies must start taking the protection of this river seriously."

"Following an initial investigation carried out by another agency and corroborated by Loughs Agency, it was concluded that some discharge had previously seeped into the river, but at that stage had already ceased.

"Loughs Agency subsequently further investigated the area on the Friday and the following morning, Saturday, April 30. Despite detecting suspended solids embedded downstream, our Fishery Officers confirmed that no evidence of fish mortalities was found.

"However, Loughs Agency has remained vigilant and has visited the area on multiple occasions in recent days, with an investigation into the incident continuing.

"If you suspect pollution within the Foyle and Carlingford catchments, please use our Waterwatch app at www.loughs-agency.org