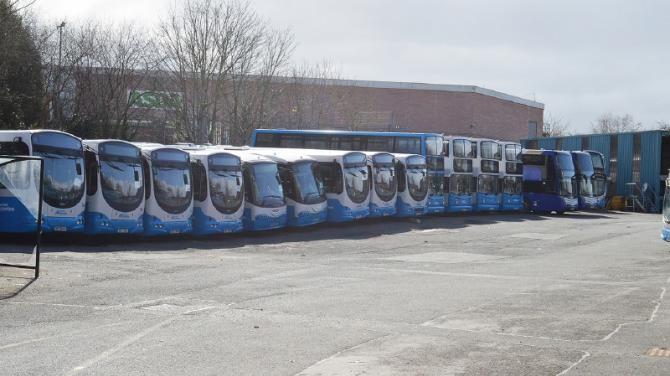 The Translink strike, which was suspended just before it was due to begin on Tuesday, May 17, has now officially ended.

Translink management offered a new pay offer at the eleventh hour - which bus drivers, cleaners and shunters have accepted.

The offer means strikes will not go ahead.

In a statement on Friday, Peter Macklin, GMB organiser, said: "This shows the strength that workers have when they stick together to demand a fair deal.

“This is a well deserved pay increase and package that our members fought hard for.

“We thank every member who stood firm and earned this decent pay deal for themselves and their colleagues.”

Infrastructure Minister John O’Dowd has welcomed the news that members of the Unite and GMB Bus Driver Trade Unions have accepted the revised pay offer from Translink.

Minister O’Dowd said: “I welcome the resolution reached today between Translink and Trade Unions on the revised pay offer.

"I know that this has been a time of great uncertainty for drivers, Translink, and indeed for passengers who rely on our public transport services, so I am pleased that this resolution has been reached.

"I commend all sides for their hard work in reaching this agreement.”