Ecology fears as up to 18,000 non-native trout released into river 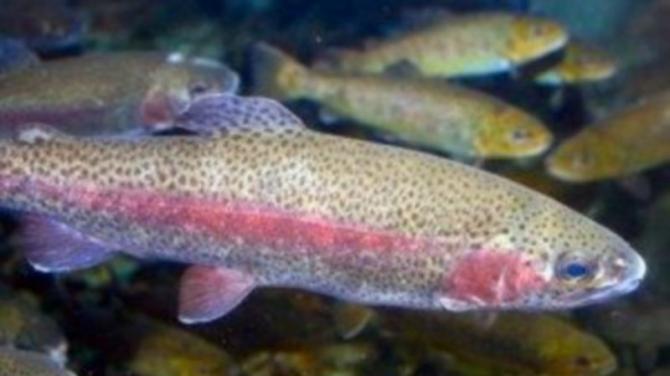 THE release of up to 18,000 rainbow trout into the Foyle River system will have a "terrible impact" on native species, a local angler has warned.

The incident, which is believed to have taken place at a location in Newtownstewart, is currently being investigated by the officers from DEARA Inland Fisheries, who said they have detected the escape of a "limited number" of the fish.

However, a local angler has said the actual number of fish released was between 12,000 and 18,000, and concerns have since been raised about the impact these non-native fish may have on the ecology of the Foyle system.

Investigations are currently underway, and the Loughs Agency has urged any anglers who catch rainbow trout to not release them back into the river and, if possible, retain samples for Fishery Officers who will collect them on request.

The escape follows a similar incident, albeit on a much larger scale, in August 2017 which saw around 300,000 rainbow trout released into local waterways.

According to local anglers, the consequences of the 2017 incident have been long-lasting, and rainbow trout are still being caught in the river Foyle.

Mark Teirney, chairperson of the Ulster Angling Federation, said the latest incident will have further negative impacts for the Foyle system.

He said: "These fish are classed as an invasive species, and the Loughs Agency have even said that anyone who catches one must not return it to the water alive, as the impact it can have on waterways is very damaging.

"These fish are predators and are not native to our river systems. They are ferocious feeders and they compete with wild fish for food. These native fish often die through starvation, so when we have around 18,000 non-native fish released into the waterway, the impacts are really disastrous, and it can take years to improve.

"We are still dealing with the impacts of 300,000 fish escaping as a result of floods in August 2017. That was a terrible, terrible disaster, and while latest figure of between 12,000 to 18,000 rainbow trout may not seem like much, it will still have a terrible impact.

"This is just another disaster and another nail in the Foyle system, which is already under severe stress from recent incidents of pollution. This is only adding to the frustration of the local angling community."

Mr Teirney has also hit out at the Loughs Agency for the use of the terminology "limited numbers", which he feels is an attempt to play down what was a major incident.

"They really need to say how this is because anglers are really frustrated. We don;t have a voice, and we want fish to be able to pass freely to their spawning areas."

In a statement, a spokesperson from the Loughs Agency said: "Loughs Agency and DAERA Inland Fisheries have detected an escape of a limited number of rainbow trout from a facility in the Foyle Area, with investigations currently being conducted by DAERA officials.