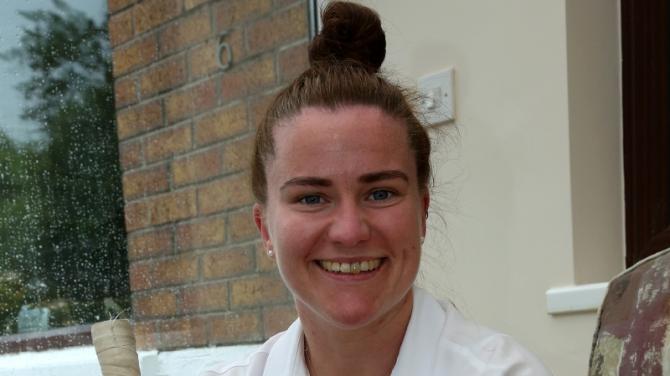 LOCAL Hockey legend, Shirley McCay, has received an MBE for services to hockey and to the community in Northern Ireland.

The Drumquin native has enjoyed a prolific hockey career with highlights including being part of the Ireland side that reached the 2018 World Cup final, before helping them qualify for the Olympics for the first time.

Overall, Shirley played 316 times for Ireland since her debut in 2007. She is now a performance coach with Ulster Hockey.

Shirley said it was "surreal" to receive such an honour, which she says is a representation of hard work and commitment over the years.

"It is both fantastic and surreal to receive such news," she said. "It was unexpected but a nice surprise. It's very special, and a representation of the hard work and commitment over the last few years.

"I couldn't have done it without team, and my employers being so supportive and accommodating.

"Highlights of my career would be going to the World Cup in 2018, and the Olympics last year. These things happened towards the end of career, so it was nice to go out on a high."

While Shirley's hockey exploits have taken her all over the world, she said she is very proud of her roots and upbringing in Drumquin.

"I am very proud of my roots and where I was brought up, and it was brilliant to represent Drumquin on the big stage.

"If someone told me when I was young that I would achieve what I have achieved,I wouldn't have believed them!

"I hope that my journey serves as inspiration to young people to dream, have a big goal, work toward it, and never give up. It's been brilliant to have been able to spread that message."