Drumquin woman receives BEM for services to the community 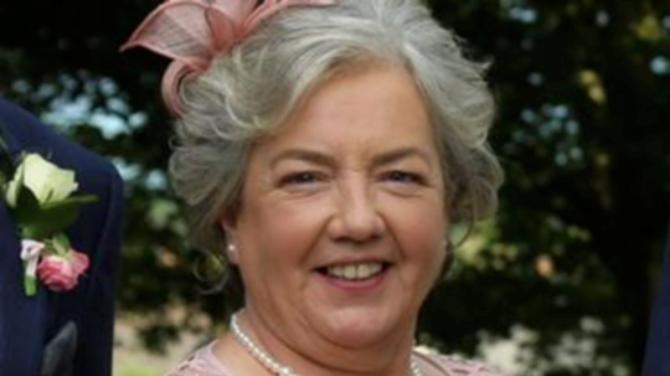 A DRUMQUIN woman who has given her time to numerous charitable causes has been honoured with a BEM.

Ethel McClelland received the honour for services to the community in Co Tyrone - but her charitable efforts extend far beyond the locality!

Having undertaken charity work in Romania six times with the SMILES Foundation, a charity that seeks to relieve poverty, promote education and provide hope and opportunity in Romania, Ethel also manages the local SMILES Foundation charity shop, which is on the premises of the former Carlisle Bookshop in Omagh.

The charity supports the running of orphanages and helps provide accommodation for the homeless, domestic abuse victims, and the elderly.

She has also been a integral part of many local groups and community efforts in the Drumquin area, including the Blue Thistle Highland Dancers, Drumquin Vintage Day, Drumquin Methodist Church, the owls club, the local youth club, and Drumquin Fishing Club.

Over the years she has helped co-ordinate the receiving of grants to help many of these groups enhance their facilities, as well as assisting with organising and the general running of events and initiatives.

Speaking on receiving her BEM, Ethel said she was both "chuffed" and "surprised".

"It has been a great honour to receive this, and I am chuffed to say the least!" She said. "It came as a huge shock and was very unexpected, but it was lovely surprise!

"Over the years I have been involved in many local groups within the community. I feel these groups and events are all-important to rural communities, and being able to help in any way I can has brought me great satisfaction.

"I have also been active with the SMILES Foundation, and have been over to Romania six times. Witnessing the poverty first-hand out there plays on your mind - I remember seeing a mother and her young family living in a sewer in -11°C.

"I wanted to continue helping the charity through efforts here in Tyrone. I was sitting in the bedroom one night, thinking what can I do here, to help those people over there? I decided to open the charity shop at High Street, Omagh, to support the SMILES Foundation, which is open on Tuesdays and Thursdays."

Ethel concluded: "I would like to extend a massive word of thanks to everyone who has helped me over the years.

"The community has really supported me in all these efforts, and without those people, things simply wouldn't happen. I would also like to thank Linda McCormack for all her help over the years, and the support of my family."

Ethel worked for the Civil Service for 42 years, based in Belfast, Strabane and Omagh. She is married to Andrew, who she thanked for all his support over the years, and has two sons, Lee and Gary, and a daughter, Julie, who teaches in China.