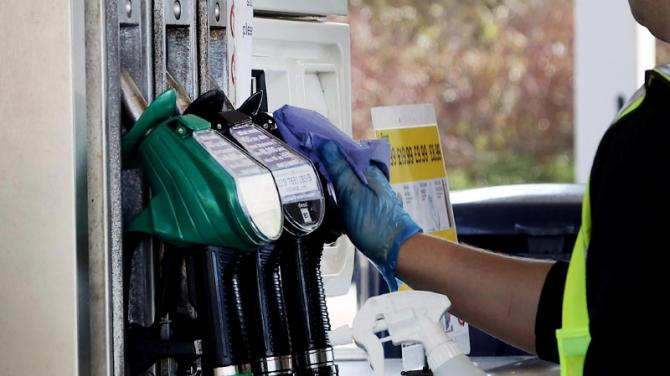 RECORD fuel prices are leaving individuals who drive for a living seriously considering whether they can afford to work, a local councillor has warned.

In recent weeks, the cost of petrol and diesel has taken another major spike, with many local outlets now charging over £1.90 a litre for fuel.

Such unprecedented rises in the cost of fuel is having a major impact on all sections of society, from local businesses owners to domestic drivers, and those who rely on their car to make a living, such as district nurses and community carers.

According to Trillick councillor, Stephen McCann, the cost of running a car is a source of anxiety for those in rural areas who have to cover large distances, and he has been approached by community carers who have seen their mileage rates eaten up by pricey fuel.

"I was recently approached by a community carer who told me of the struggles she is facing in terms of keeping a car on the road to do her job," he said.

"We are all contending with unprecedented rises in the cost of living, but this is especially pronounced for community carers who have need to drive to get to numerous different calls throughout the day.

"Their work allows people to live independently, which takes huge pressure off our primary care hospitals - however, the current fuel situation has seen people seriously considering if they can afford to work in the industry, and many are considering leaving as it is simply not viable.

"The question is, who replaces them, and what's the knock on effect for people who depend on these carers?

"Everyone is feeling the pinch, but this is starting to have a real impact on people's lives. It's massive stuff when you hear that it has gotten to the stage that people can no longer afford to go to work.

"We need a functioning Executive to help deal with this crisis. There is £435m that could be used to help people through this, but without a government people are left to face this crisis on their own. This has to change."

Meanwhile, the chairman of the Fermanagh and Omagh branch of Unison, Andy McKane, said that the price of fuel is leading domiciliary care staff to "re-evaluate their careers".

"Unison have been in talks with the Trust in regard to fuel costs, and have submitted letters of concern," he said. "This is something we have been speaking out on since the initial rises in fuel a number of months ago, and we will continue to press the Trust to take action.

"For Trust staff, the mileage rate is 56p-a-mile for the 3,500 miles in the tax year, and then it goes down to 20p-a-mile. As anyone who is doing high mileage will know, that 3,500 mile threshold is crossed very easily, leaving them on the lower rate for most of the year. 20p a mile doesn't come close to covering the true cost of fuel at the present time.

"This is a real crisis and more healthcare staff than ever are re-evaluating their jobs. It needs to be addressed and addressed urgently."