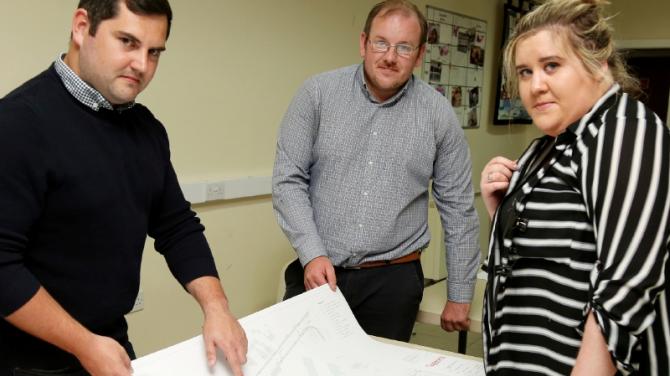 RECENT proposed changes to an Environmental Improvement Scheme in Campsie Omagh have helped to alleviate some of the concerns of local businesses, a local councillor has said.

Ulster Unionist Party councillor, Matthew Bell, was speaking after attending a consultation event regarding a proposed improvement scheme for Campsie, which initially saw backlash from businesses due to proposals to reduce on-street parking.

The business community fear that reducing parking provision will see a sharp drop in customers, given the quick 'in and out' nature of businesses in the area.

However, in response, planners have revised plans, with fresh proposals seeing much of the existing parking retained.

Councillor Bell said he hopes that this "positive engagement" between businesses, residents and the council will continue as the scheme advances.

He said: "After attending a consultation event for the plans for the Campsie Environmental Scheme I am fairly happy with how they have developed so far. Extensive arrangements with various groups including disability groups, the residence association and business have allowed the plans to take on many suggestions and alleviate concerns that each of the group made.

"The planners are now at the stage that finer details to the plan can be made, such as street furniture and lighting.

"These aspects of the plans, however, are still extremely important and with continued positive engagement between all groups, the scheme should be a success when implemented and Campsie will ultimately look nicer going forward."