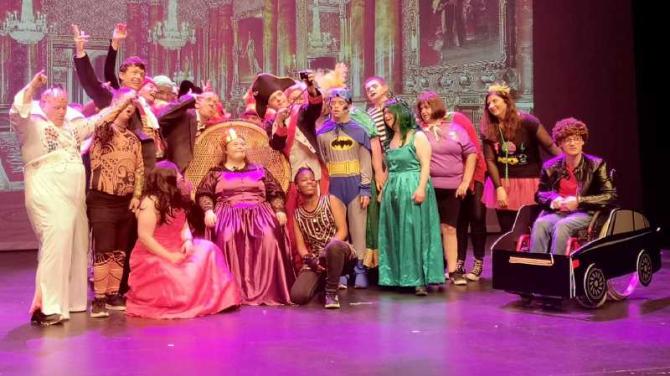 'CIRCUS' will rank as one of the most uplifting feel-good shows ever performed at the Strule Arts Centre!

From the word go, the brilliant cast of Skyzdalimit had the audience in raptures, clapping and stamping their feet, singing and dancing along to the rhythms and beats of Circus the Musical, inspired by the 'Greatest Showman'.

It was an exhilarating, emotional, magical theatre experience delivered by Skyzdalimit who have shown once again why they are at the forefront, in the UK and Ireland, of musical theatre groups for people with additional needs.

Pearse, producer and director, said: "Circus is the show that best represents the real-life struggles that people who are different have to confront. Our cast of 38 people all have a “learning disability” or autism. But we don’t see it as a disability.

"We just see it as people who are different from the norm and in a good way because the world would be such a monotonous place without them-they are the spice of life! We have a lot to learn from them and we want to change the way society views people with a 'disability'."

Sheena McCooey, Skyzdalimit chairperson, presented flowers to Skyzdalimit patron Kerri Quinn and advocate, Ryan Tracey, and welcomed a 40-strong contingent of recently-arrived refugees mainly from Syria and Ukraine, who had been invited by Skyzdalimit after reading an UH article about their arrival.

Skyzdalimit now plan to take the Circus show on a tour of the island of Ireland including Belfast and Dublin before returning home to Omagh with a final grand performance at the Strule Arts Centre in the autumn.