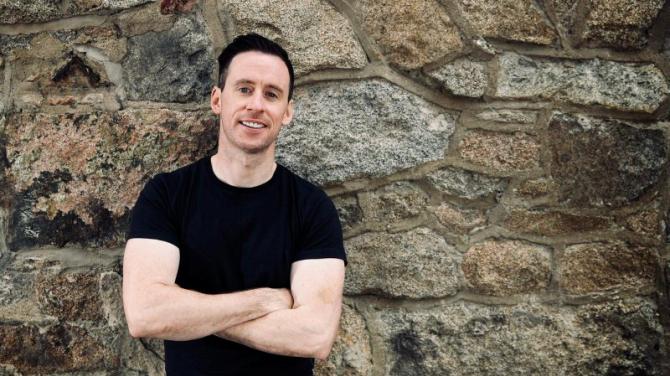 BBC Radio Ulster Presenter Connor Phillips is set to bring the beats to The Blind Cobbler this Saturday, as part of their Silk Saturdays series.

This will be a debut gig for Connor in Omagh. He is a multi-award winning TV and radio presenter, live event host, Radio/television Entertainment show of the year winner, CIPR Entertainment Presenter of the Year Nominee and Northern Ireland Radio Show of the Year Winner.

A spokesperson from the Blind Cobbler said: "It is great to have someone with Connor’s experience and persona come down to Omagh and to our bar for a Saturday Night Gig’.

"It will be one not to miss. We are super excited to be welcoming Connor, a well-known voice of the airwaves, to our venue this weekend to DJ. With Summer officially started this is the place to be this weekend!"

Connor’s voice is instantly recognisable to listeners across the UK and Ireland. Having started his radio career working under the guidance of Radio One legend, Bruno Brooks at Immedia Broadcasting, Connor moved to work with Bauer Radio in 2005.

Connor joined Cool FM/Downtown Radio in Belfast and went on to present “The Cool Breakfast Show” - achieving the highest figures in the station’s history. The show won “Radio Show of the Year′ (CIPR awards) as well as “TV/Radio Entertainment Show of the Year′.

Connor now finds himself working on the BBC across the UK. Soon after joining the BBC he became a regular presenter with BBC Radio Manchester, BBC Radio Merseyside, BBC Northampton, BBC Radio Coventry and Warwickshire (CWR) and BBC Radio Cambridgeshire.

This led to hosting one of Britain's biggest radio shows the Networked ‘BBC Local Evening Show’ - simulcast on all 39 BBC Radio Stations across England and The Channel Islands. Connor can now be heard on his daily radio show 'The Connor Phillips Show', from 10.30 -12.00 midday on BBC Radio Ulster, BBC Radio Foyle and BBC Sounds. The Connor Phillips Show is the BIGGEST local Music & Entertainment Show on BBC Sounds UK wide as well as Northern Ireland’s ‘most listened to’ mid-morning radio show.

and have always been iconic at the Blind Cobbler, now coupled with new silky smooth summer vibe cocktails and of course iconic VIP bottle packages, it is the ultimate destination for a Saturday Night out.

Silk launched in the Blind cobbler on Saturday, June 18 with Phil Taggart, known for his 10 years as a DJ at BBC Radio 1, resident of Ibiza Rocks and host of chilDaBeats. Over the Summer months the Bar will see a vast range of Male & Female DJS from across Ireland take to the Yellow door, after the live band, to play some of the smoothest hits and dance classics from 11pm every Saturday.