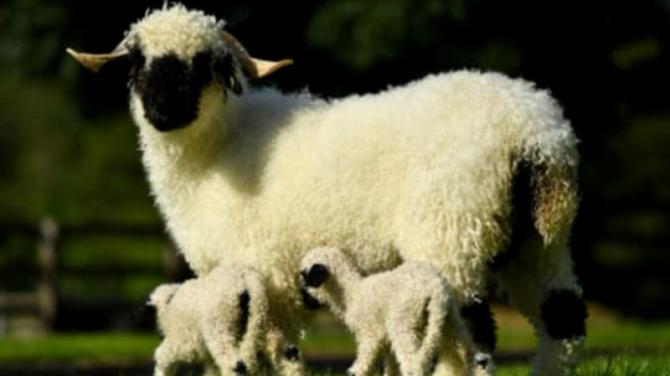 THIS year's Omagh Show will be host to sheep of all breeds, shapes and sizes - but it's safe to say one breed in particular is by far the cutest!

The 180th annual event will mark another year of the competitive classes for Valais Blacknose sheep - which have been dubbed the ‘world’s cuddliest’ sheep!

The breed has origins in Switzerland, with the first import arriving in Northern Ireland around five years ago.

But it's not just the 'aww!' factor that has seen the breed become popular amongst local keepers - they also have tremendous growth potential, with mature Valais Blacknose ram weighing in at around 120kgs. That's twice the size of the breeding stock produced by most other sheep breeds currently found here.

The Beattie family, from Glenpark Road, Omagh, were one of the first local keepers of the adorable Valais Blacknose, being no strangers to the intricacies of the endearing breed, Celina Beattie will judge this year's class at Omagh Show.

The special sheep are kept both at the family farm on the Glenpark Road and in view of an adoring public at the recently opened Glenpark Estate.

Speaking on the breed, Richard Beattie said: "Valais Blacknose have been named the 'World's Cutest Sheep', and for good reason! They offer something different from typical breeds, and their appearance really helps to win people over. Its no surprise they are gaining popularity.

The local auctioneer and businessman added: "We are greatly looking forward to seeing some stunning examples exhibited at Omagh Show this year. As always, the show promises to be a fantastic local event for the whole family."