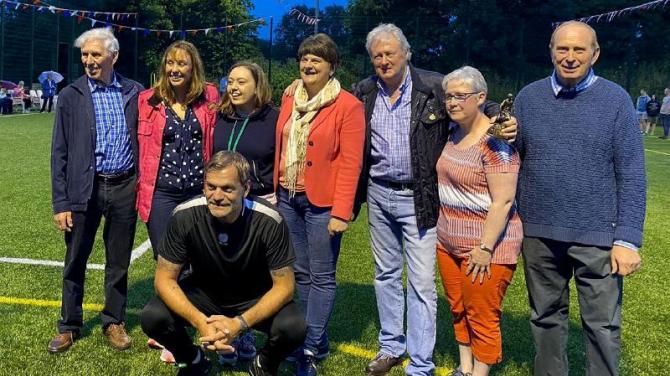 The Enniskillen-born actor, who is best known for playing Jim McDonald on the long-running ITV soap opera, Coronation Street, visited the town on Monday night, where he used a wooden stick and lit the first flames on the pyre.

"Tremendous family atmosphere at the Clogher Valley Eleventh Night. Despite the showers the crowds were larger than ever."