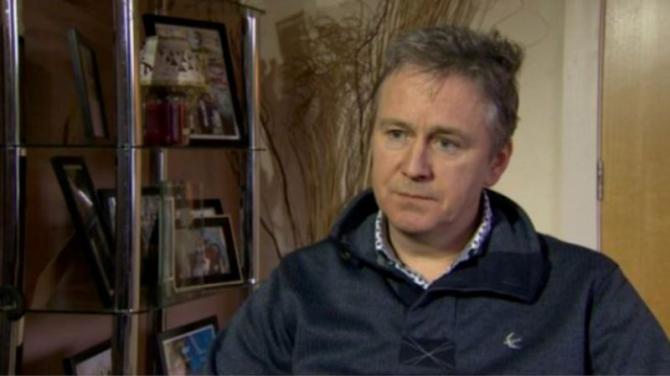 AN OMAGH road safety campaigner has called for "more divisive action" against speeding and has urged schools and colleges to do more to highlight its potentially deadly impacts.

Peter Dolan, whose 18-year-old son Enda was killed by a drugs and alcohol-fuelled driver in 2014, has said tougher laws and sentences are needed for those caught speeding in order to bring the number of offences down.

And he said that it is no surprise that there has been no reduction in speeding offences in Northern Ireland in recent years, given that at present there is a "lack of deterrent."

Mr Dolan said: "Over the years the offences haven't gone down at all - there has been no reduction. The powers that be need to take a look at this. There is no major deterrent, yet that consequences of speeding are horrific in terms of death by dangerous or careless driving.

"It really saddens me that people don't take this into consideration. I feel that younger people need to be educated more in terms of the consequences of speeding. They should be educated at age of 16,17 and 18 at schools and colleges.

"It also needs to be driven home by instructors when young people are taking lessons. I feel that the sooner that process starts the better, and people might get an indication of the consequences, and how horrific they can be on families and communities.

"I have spoken to schools over this last number of years within my campaign to get tougher sentences for death by dangerous driving, and I have spoken to young people about the consequences of drinking, drugs and excessive speed whilst in charge of a vehicle.

"I have delivered the message to them and I feel that we starting the process, but it needs to be driven home harder."