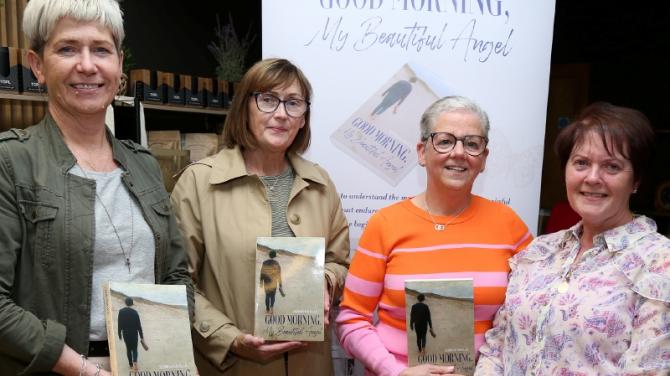 A POIGNANT memoir chronicles a Killeter woman's journey through grief and despair towards acceptance and healing following the death of her sister and 20-year-old daughter.

Siobhán McHale grew up surrounded by a loving family in rural Tyrone in the 1960's, but in 1972, their idyllic world was shattered when her sister, Kathleen, was killed by a terrorist bomb while posting her wedding invitations.

In an effort to deal with the grief of losing her child, Siobhán began writing letters to her beloved daughter. Over time, the letters became a manuscript and the manuscript became a searingly honest and touching memoir, 'Good Morning, My Beautiful Angel'.

Within the book, Siobhán traces her family's journey through grief and despair towards acceptance and healing, chronicling their efforts to draw meaning from a senseless tragedy and their quest to get justice for Gemma through a cold and impersonal legal system.

Both a moving tribute to a vibrant young girl and the story of an ordinary Northern Irish family trying to navigate a period of great turmoil, 'Good Morning, My Beautiful Angel' explores a family's devotion to their faith and the strong bonds of kinship that have sustained them over four generations.

The cover of the book features a photo of the late Gemma, who was student at Coleraine University at the time of her death.