Local landmarks to feature on new series of 'Mahon's Way' 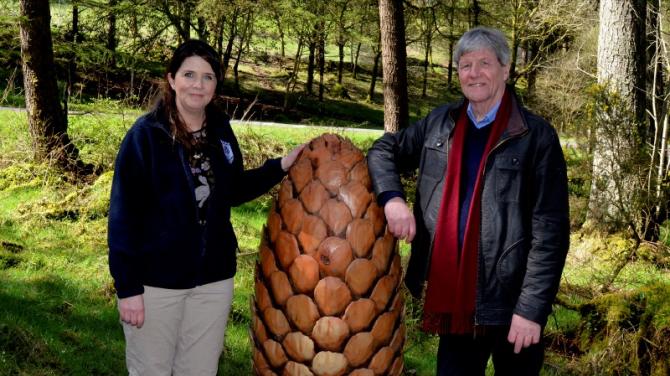 JOE Mahon returns to UTV on Sunday, July 24 with ‘Mahon's Way’ for another series in which he will travel the length and breadth of Northern Ireland, including a few local stops, exploring the rich veins of heritage, history and culture which make this place so unique.

Joe has spent several months exploring the countryside and this 14-part series will take the viewer on a fabulous journey of discovery. The series has everything, ancient townlands and castles; stories of trailblazing people who helped shape so many places; flora and fauna of rivers and lakes; and history and stories behind poetry and songs. From Malin to Moneymore, Garvagh to Greyabbey and everywhere in between, Joe uncovers yet more fascinating stories of Northern Ireland’s heritage.

Joe commented, “I can promise the viewer an enlightening, engaging and visually arresting experience, with help from the wide range of local residents, story-tellers, scholars and experts that we have met along the way. We also hope that with the Sunday evening programme, ‘Mahon’s Way’ will be the perfect way for viewers to wind down from busy weekends and ease into a new week.”

The series kicks off with Joe spending time on the Ards Peninsula at Portaferry. He finds out about the discovery of an ancient community that archaeologists can trace back 5,000 years, and also spends time in a beautifully restored Presbyterian church. Now a performance and exhibition centre and renamed the Portico of Ards, it also remains a place of worship for the local Presbyterian congregation.

And in further episodes in the series, he will visit Stewartstown, where he finds Hugh O’Neill’s crannog and a 17th Century plantation settlement; Gortin’s forest park; Killymoon Castle; and Benburb.

The series has been part-funded by Northern Ireland Screen’s Ulster-Scots Broadcast Fund. Richard Williams, CEO of Northern Ireland Screen said: “We are greatly looking forward to Joe’s brand new series of Mahon’s Way. Not only is Joe’s warm conversational style of presenting already incredibly popular with viewers, but throughout his career he has been a great champion of linguistic variation.

"Joe has always sought to reflect and preserve the natural voice of the people who feature in his programmes, promoting the particular characteristics of local populations that make each place unique. This fits perfectly with the aims of our Ulster-Scots Broadcast Fund to promote Ulster-Scots heritage and culture.”

UTV’s Programmes Editor Tony Curry commented: “We are very excited about this new series. Joe has been the front man for many and varied series for UTV over the years and has built a strong rapport with audiences.

"Viewers look forward to his easy, relaxed style, as he explores Northern Ireland’s rich heritage and the people and places along the way. As he delves to the four corners of Northern Ireland I have no doubt that this new series of ‘Mahon’s Way’ will entertain, educate and delight in equal measure.”

‘Mahon's Way’ is produced by Westway Film Productions for UTV, supported by Northern Ireland Screen’s Ulster-Scots Broadcast Fund. The series is sponsored by Warmflow Engineering. You can watch the first episode on Sunday, July 24 at 7pm on UTV and on catch up on www.itv.com/utvprogrammes.