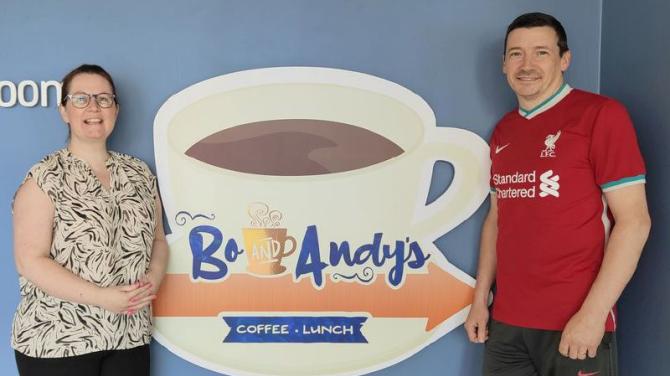 THE OPENING of a number of new businesses in the Omagh area has been heralded as a "welcome boost to the local economy".

West Tyrone MLA., Tom Buchanan, was speaking following the planned opening of a number of new shops and businesses in Omagh, who are weathering the storm of increasing costs and inflationary pressures.

Fans of a tasty treat will be more than catered for with the new 'Cool Moo's Ice Cream' parlour set to open its doors at High Street, Omagh, in coming weeks.

And other recently opened businesses have proven popular amongst shoppers, such as McConnell's Shoes, situated on Market Street, which officially opened in late June. The new store is one of a number in Northern Ireland, with McConnell's shoes operating as a family-run business since 1884.

Meanwhile, a new cafe, 'Bo and Andy's', will open it's doors on August 8 at Gortrush Industrial Estate.

The brainchild of outgoing Omagh Chamber of Commerce business development officer, Bronagh Gormley and husband, Andrew, the new 50-seater restaurant will accommodate the constant footfall of office workers and freelancers in the area.

Having stepped down from her role in the Chamber of Commerce to pursue her new business venture, Bronagh said her experiences with the chamber have "given her the confidence" to take the plunge and open her own business.

She said: “I’m sad to be moving on but I think my experience in the Chamber has given me the confidence to give me and my husband the chance to do what we’ve always wanted to do, open our own business.

“We both started out in the hospitality sector since we left school and have over 15 years experience. We’re very confident in moving forward now with Bo and Andy’s.

“We are going to be based at Omagh Enterprise Company in the Gortrush Industrial Estate. It’s going to be a 50 seater restaurant, open Monday to Friday.

“It’s very much going to be accommodating freelancers, office workers near here and the general public as well. There’s a natural footfall with all the businesses in that area."

West Tyrone MLA., Tom Buchanan, has welcomed the opening of new businesses in Omagh, and has encouraged the general public to lend their support in these trying times.

"These new businesses must be welcomed, as we come out of Covid and when things seemed to be so bleak, this is certainly a welcome development to have new businesses opening, and fresh starts coming to town.

"It's good for Omagh and it's encouraging, and hopefully it will be something that will draw the people back in to Omagh. It's been good to see this past few weeks just how busy Omagh has been, and the footfall within it.

"All of this is all positive news for the town, and I would like to welcome those businesses that have opened and to encourage people to make a point of going in and wishing them well in their business as they continue to move forward.

"While online shopping is becoming increasingly popular, it simply can't replace or replicate the true benefits of high street shopping. It's not just about buying - it's about that fellowship with people and it's about getting out and about.

"I must commend the retailers who have held on over what has proved to be some very difficult years, and I also commend those who are taking the plunge and opening up their new businesses."