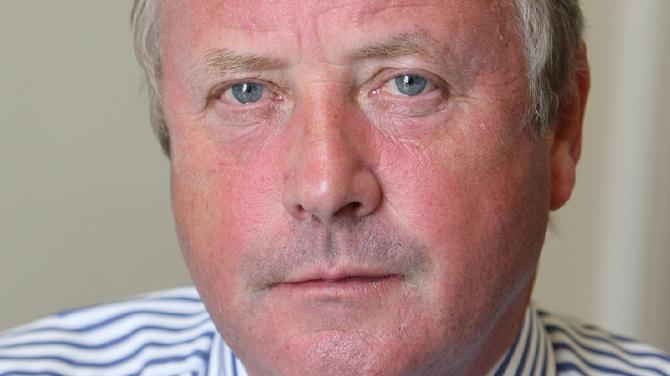 A FORMER Tyrone Constitution reporter was a key figure at a recent event marking the launch of 'Reporting the Troubles 2'.

The book, which is a follow-on from the hugely successful 'Reporting the Troubles' (2018) is a collection of stories from more than sixty journalists who have worked in Northern Ireland during the Troubles.

The launch event took place last week at the John Hewitt Summer School in Armagh, and former 'Con' reporter, Deric Henderson, was among the five journalists, all of whom had early experiences working in local newspapers in Armagh and Tyrone, who were on stage to explore their challenging work during that era

Mr Henderson, along with fellow journalist Ivan Little edited the new book, published by Blackstaff Press, which examines the challenges of reporting during the conflict and which brings together new contributions from over sixty journalists writing about the events and people they will always remember from their time reporting events in Northern Ireland.

A profoundly moving act of remembrance and testimony, they write powerfully about the victims they have never forgotten, the events that have never left them and the lasting impact of working through those terrible years.

For this special event, organised by The John Hewitt Society in association with Blackstaff Press, Deric and Ivan where joined by Gordon Adair, David Lynas and Eric Villiers, almost all of whom have local connections.

Deric was Ireland editor at the Press Association, having previously worked at the Belfast Telegraph and Tyrone Constitution.

He is the author of the bestseller, 'The Secret', which was later made into a smash ITV drama series.

Ivan Little was a freelance journalist whose face will be familiar to many as he was with UTV for twenty-nine years, and he was also associated with ITN and Downtown Radio.

He now writes for the Belfast Telegraph, having started his career in journalism at the Portadown Times.

David Lynas has worked as a reporter in Northern Ireland for 50 years. He began his career in journalism with the Armagh Guardian, before moving to The Ulster Gazette, The Portadown Times and the Londonderry Sentinel, where he was deputy editor.

A native of Armagh, Gordon Adair began his journalism career with the Portadown Times before moving on to the News Letter and Daily Mirror.

He started to work for BBC 2000 and went on to work as a broadcast journalist for both radio and TV in the Belfast newsroom.

He returned 'home' in 2004 when he became BBC Newsline's reporter in the southern part of Northern Ireland.

Eric Villiers, another native of Armagh, is a freelance journalist, history researcher and author whose work has appeared in newspapers, magazines and periodicals including The Irish Times.

He has worked as a reporter with The Portadown Times and as editor with both The Ulster Gazette and The Lurgan Mail.