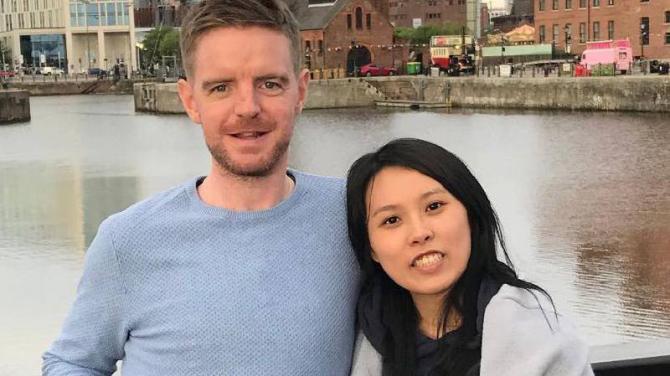 A CASTLEDERG man who fought a "courageous battle" with an aggressive brain tumour has sadly passed away.

Thirty-nine-year-old Cormac McLaughlin, originally from Castlederg, passed away peacefully on Saturday (July 30) while in Texas receiving specialised treatment for the tumour.

His tragic death follows a huge community fundraising effort to help the beloved primary school teacher access to life-saving treatment in America, with over £200,000 raised.

Tributes have flooded in for the late Mr McLaughlin, who has been described as a "courageous" man who "fought as hard as he could."

A family statement read: "Our brave brother, son, husband and friend Cormac has passed away very peacefully in Texas.

"His initial good progress just wasn’t to last. His body had battled so hard for the last 18 months and it took it’s toll. Cormac just wasn’t strong or stable enough in the end to fly home.

"He didn’t lose the fight - as we’ve never seen a more courageous battle. We’re forever proud of how, at only 39 years of age, he faced such a life-changing diagnosis and got himself through the dark days so positively. He’s at peace now with daddy, looking after his nephew Leo.

It also stated that the money donated to get Cormac home will still be spent to do so,, but "just not in the way we wanted." The funds will also go toward hospital bills.

Thanks has been extended to those who generously donated money that helped Mr McLaughlin access medical treatment in America.

The statement continued: "We are eternally grateful for all your financial support so that Cormac had the chance to access the trial and other treatment options approved in America, in one of the best cancer hospitals in the world. He said he always wanted to 'try everything' and fight this as hard as he could.

"Our family have suffered a lot in recent years, but the love and support shown by friends, family, colleagues, his students, entire communities worldwide and people we’ve never met, has been unbelievable. We will never ever forget it. Thank you all so much."