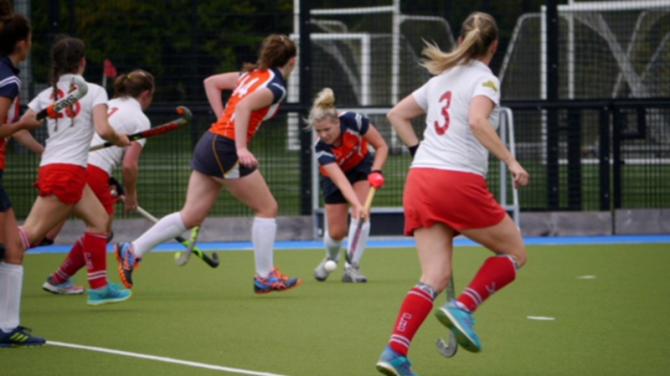 OMAGH Ladies Hockey Club travelled to Coleraine Ladies for the start of the 2018/19 season. As Coleraine came up from Senior 2, Omagh knew the Bannsiders would have a lot to gain from their home fixture.

Omagh started the game strong, playing a lot of passes around the Coleraine side, however the home side stood strong – keeping omagh out of their net.

Omagh kept on the pressure, keeping possession of the ball and good control of the game. This led to central mid-fielder Lauren Armstrong creating a great pass to left winger, Emma Shortt, who easily put the ball in the back of the Coleraine net.

Coleraine came back fighting – winning a couple of short corners. Omagh held strong and kept Coleraine out leaving the score 1-0 at half-time.

Omagh started well in the second half with plenty of chances of scoring, but Coleraine’s defence proved difficult to get round. Coleraine gained a penalty corner, taking it well and equalling the score to 1-1.

This made Omagh more determined and applied the pressure to Coleraine. Omagh created plenty of opportunities, gaining a penalty corner, with the ball hit out and received by Danni Darragh who shot off target for Amy McCollum to deflect the ball into the back of the Coleraine net, taking Omagh into the lead with a 2-1 scoreline.

Coleraine didn’t give up, applying pressure to Omagh’s back line of Emma Fulton, Neave Nethery, Lyndsey McCay and Mia Nethery, who held their positions strong and kept Coleraine out of the Omagh net right up until the final whistle!

Meanwhile, Omagh Ladies Hockey Club is hosting ‘A Celebration of Omagh Hockey Through The Ages Gala Dinner Dance’ on November 3 with the meal being served at 7pm.

Tickets are still available. Get in touch with the Omagh Ladies Hockey Club Facebook page and book.