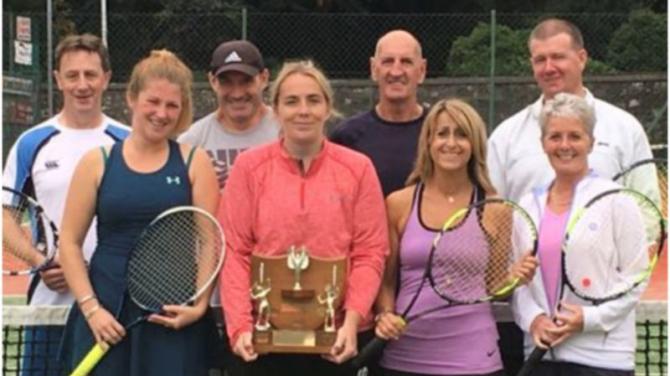 TYRONE were the hosts this year for the annual North West Quadrangular Tennis Championships held at Omagh Tennis Club courts at Campsie.

Teams competed from Tyrone, Fermanagh, Londonderry and Donegal. As expected there was a high level of tennis on show throughout the day and the event proved to be an extremely close one with Tyrone beating Londonderry by one point overall.

Thanks go to Omagh Tennis Club for hosting the event and to the North West Tennis Committee for their support. David Craig, chairman of the committee, presented the prizes to the victorious Tyrone team, captained by Donna McSorley.