Omagh Ladies breeze into second round of Irish cup 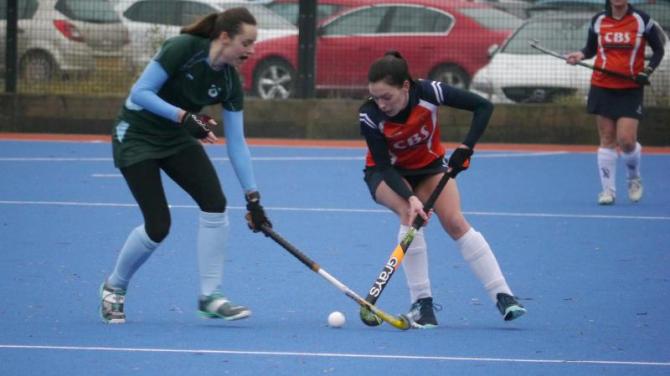 OMAGH Ladies Hockey Club breezed into the second round of the Irish Hockey Trophy competition with a comfortable 5-0 victory over Rathgar 1XI at Campsie, Omagh.

Not knowing much about the travelling team, Omagh were unsure what their opposition were capable of, but it was to their delight when Emma Shortt scored the opening goal with a direct strike from the edge of the circle, just minutes in.

Omagh went on the attack from the re-start and found themselves 2-0 up with only 10 minutes gone. Excellent team work between Amy McCollum and Lauren Armstrong in midfield lead to the latter passing the ball to Shortt, who got her second of the match with a pin-point strike into the top left of the net.

It was Amy McCollum's turn to grab the third goal after great interlinking play by Danni Darragh and Lauren McCollum on the left. Heather Moffitt was on hand in the circle with a quick switch of play to Amy McCollum to slot past the keeper at the post.

With a 3-0 lead, Omagh started to relax but it was Rathgar who came on the attack and got one back after a quick break. This spurred the home side on to extend their lead and as a result of some well-timed runs by Lucy Brunt, Omagh were able to win a few penalty corners. The fourth goal came from a direct strike at the top of the circle by Emma Fulton, after her first shot was blocked by the oncoming defender.

The Omagh defence had a relatively quiet first half and were happy to work the ball round the back and supply the midfield and forwards with some well timed passes. Lyndsey McCay, Lisa Long and Neave Nethery were sure to cut out any oncoming pressure from the Dublin side and worked tirelessly throughout the half.

The final goal of the match was scored after a quick break down the left hand side between Fulton, Darragh and Shortt. Aimee Buchanan's quick thinking in front of goal allowed her wrong-step the keeper and reverse strike the ball into the net.

At 5-1 at half-time, Omagh were sure to have done enough to secure the win, but tried their best in the second half to extend their lead.

Rathgar came out a different side and were much stronger in defence so unfortunately the Omagh ladies were unable to capitalise on any attacking efforts. Alison Long in goals had a relatively quiet second half at the back, only being called upon on a few occasions.

Omagh saw out the remainder of the match playing some great hockey throughout the pitch. This scoreline saw them progress to the next round, being one of three remaining Ulster sides in the competition.

Meanwhile, Omagh Ladies 2XI travelled to Dungannon on Saturday to take on the club's seconds in Junior 2. It was the Omagh ladies who came out on top with a well deserved 2-1 win after a Sophie Smyth double.

Both sides would like to thank the umpires, supporters and opposition for great matches.