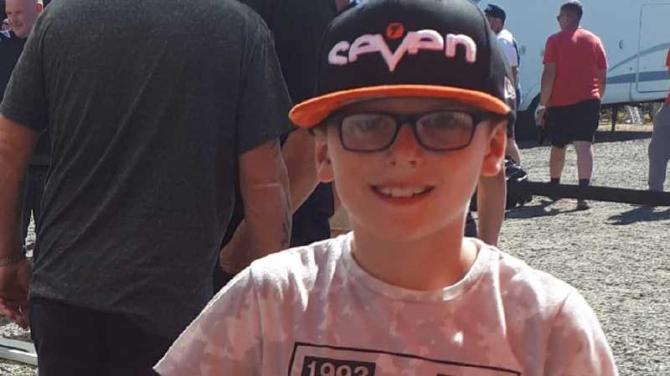 A DREAM has come true for talented Omagh motorsport star Lewis Spratt who has been selected to compete in the prestigious UK Arenacross tour in the New Year.

Arenacross is a high-octane mix of indoor Motocross racing and Freestyle MX carefully choreographed into a three-hour live performance that includes lasers, pyrotechnics and unscripted racing all performed to a heart-pumping soundtrack.

The tour sees the best riders from across Northern Ireland, England and further afield compete in six events in Belfast, Birmingham and Sheffield in front of thousands of excited spectators.

It has been nine-year-old Lewis' dream to compete in the tour since he first attended the extravaganza as a toddler.