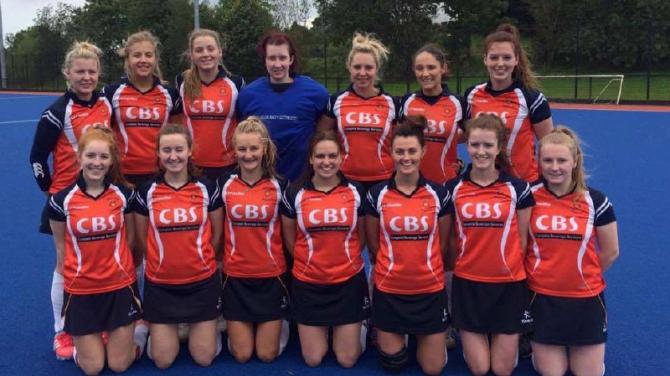 OMAGH Ladies Hockey Club will look to make history when they take on rivals Raphoe in the Senior Cup final at Stormont this Saturday.

Appearing in their first recent Senior Cup final, captain Lyndsay McCay hopes her side's impressive record over Raphoe will give them the psychological edge to finally land the prestigious trophy.

"We have no reason not to be confident going into the game," said Lyndsay. "Hopefully everything will pan out on the day.

"The teams are fairly even, and this is reflected in the Senior One league table. We are sitting top, but only on goal difference. There isn’t much between the sides. It's normally a scrappy derby when the clubs meet. We have come out on top recently, but only by a goal or two. We won the game in pre-season and we drew 2-2 in the league.

"Our record against Raphoe would definitely give us a mental advantage. We are fairly confident going into the game."

Omagh have only been beaten once this season - to KV - and made it through to the final having won all four of their group games before thrashing Portadown 4-0 in the semi-final.

“We have done well in the Irish Cup recently but we were knocked out in the semi-final of this competition last season so we are pleased to have gone one step further,” said Lyndsay.

“The players have appeared in plenty of high-profile matches recently so I think our players will manage to handle their nerves well and keep their focus to get the job done in the final.”

With the show-piece so close to Christmas, the Omagh players have had to make some sacrifices during the festive period.

“We will probably train on the day after Boxing Day to get us all together and to go over some things before the final.”

Lauren Armstrong and Amy Buchanan have been two of Omagh’s standout players this season and they will have to perform strongly on the day if their side is to get the better of Raphoe. Unfortunately, however, Heather Moffitt is unavailable for the clash and that will be a huge blow to Omagh’s chances.

“Winning the cup would be a great way to set us up for the New Year,” concluded Lyndsay.

And while promotion to the Premier League is the priority for Omagh this season, Lyndsay admits sealing cup success would set the club up perfectly for 2019.