Gemma gets Ireland call and prepares to set off to Chile 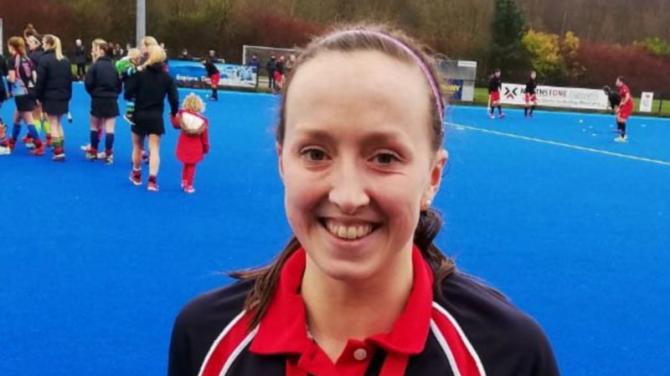 IT has been a fortnight of mixed emotions for Omagh's Gemma Frazer.

On Boxing Day, the 24-year-old was on the losing side as her Belfast Harlequins team were defeated by Shirley McCay's Pegasus in the Ulster Shield on a penalty shoot-out following a dramatic 2-2 draw.

But today (Wednesday) she is packing her bags as she prepares to set off to South America for some hot-weather training with her international team mates, as she puts her festive disappointment behind her following re-selection to the Ireland squad.

Clearly Gemma's impressive club-form hasn't gone unnoticed as she was named as one of Graham Shaw's 26-strong Ireland squad for the tour of Chile.

It is the first time she has been selected for Ireland since 2016 when she made herself unavailable so that she could dedicate more time to completing her teaching studies.

She will link up with the World Cup silver medallists to play a four-match series against the team ranked 16th in the world on 12, 13, 15 and 16 January. The matches will be the team's first since their World Cup final defeat by Netherlands in London in August.

The tour is set up to prepare Ireland for the 2020 Tokyo Olympic qualification process.

"It is a great opportunity for me, you always want to play at the highest level," Gemma, who already has seven caps to her name, beamed.