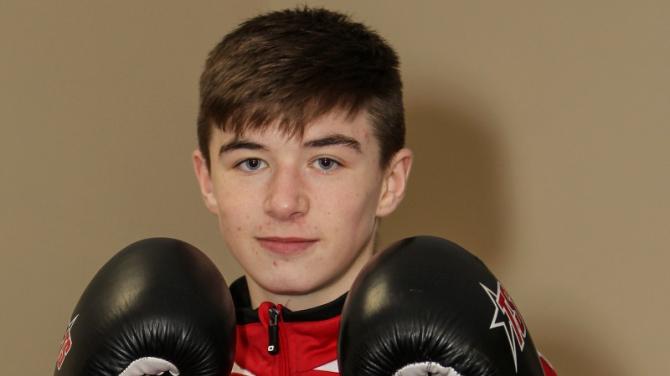 NEWTOWNSTEWART talented young boxer, Jude Gallagher, comes into the new year in great spirit having been awarded the Freddie Gilroy Boxer of the Year award.

The 17-year-old - who is a member of the successful Two Castles Club in the town - won the public vote on New Year's Eve at the 2018 Irish-Boxing.com Awards for the prestigious accolade, named after the late Freddie Gilroy.

It was the perfect way to cap a memorable 2018 for Jude.

In his first year at youth level, the Tyrone talent claimed three Irish titles alongside sensational bronze medals at both the European Youths and the World Youths where he was Ireland’s only medallist.

In August, Jude claimed an amazing ninth Irish title when he defeated Monivea’s Adam Hession in a high-quality final to win the Under 18 accolade at the National Stadium in Dublin, emerging a 4-1 split decision winner.

It was the second time in half-a-year that Jude tasted success in the Irish U18 Championship finals, having come up trumps back in January.

In April, Jude was awarded a bronze medal after losing in the semi-finals of the European Youth Championships in Italy. Jude also won at the Monkstown Box Cup at the start of July.

In the summer, Jude claimed a bronze at the World Youth Championships in Budapest, Hungary.

The Two Castles light-fly was beaten on a 4-1 split decision by Thailand’s Thitisan Panmod after three close rounds in the 49kg semi-finals.

Gallagher, the last Irish boxer remaining in the tournament, had won two bouts on unanimous decisions en route to the last four.