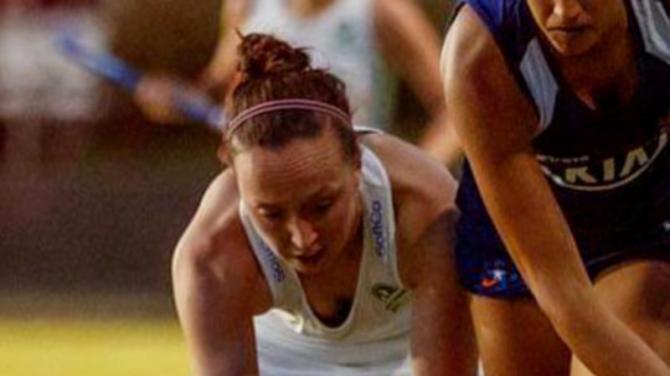 OMAGH'S Gemma Frazer appears to be very much in Ireland manager Graham Shaw's plans for the 2020 Tokyo Olympic qualification process if his team selections on the tour of Chile are anything to go by.

The former Omagh High School pupil is currently in South America for a four-match series with the country ranked 16th in the world, and she started in both matches played on Saturday and Sunday.

Ireland were held to a goalless draw in the opening game of their series on Saturday when Shaw opted for a blend of youth and experience.

Gemma made her eighth appearance for Ireland but her first since 2019 and had a late goal attempt but failed to cap an impressive performance with a goal.

The sides met again on Sunday evening in the second match of the four-match series in a match that ended 2-2 when Gemma grabbed her ninth cap.

The World Cup finalists recovered from conceding first to lead their hosts through Sarah Hawkshaw and Elena Tice. Francisca Tala had given Chile a narrow half-time lead but the hosts needed a late penalty corner strike by Denise Krimerman to snatch a draw.

The two sides met again on Tuesday with a deciding match today (Wednesday).

Ireland’s most capped player and Drumquin woman Shirley McCay isn’t involved in the tour as she continues to consider her international future.