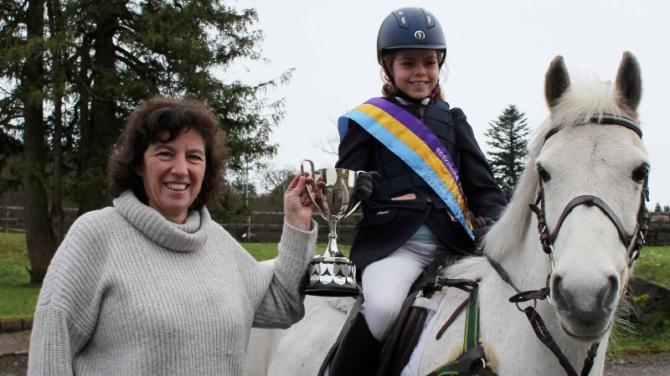 Sunday was the league final day for the Seskinore Harriers Winter League at the Ecclesville Centre, Fintona.  Despite snow and icy conditions the ‘old reliables’ remained undaunted. There were lots of prizes and silverware to be won.

Special thanks go to Douglas Guttering for sponsoring sashes and Thompson Feeds for meal prizes.

John Chambers didn’t disappoint, having built a challenging course which tested all contenders for prizes and proved a good start to 2019.

“The committee would like to thank sincerely everyone who braved the fourth consecutive Sunday and pulled together to help make the league such a success. Also thanks to all supporters of our league. May you all have continued success throughout 2019,” said a spokesperson.

70cm: Clear: Joint 1, Jara Hamilton and Bluebell; Amy McLaughlin and Rua and Lindsay McIvor and Rosie; other placings, Emily Hopton Brown and Something Else Again; Mary Semple and  Amilee and Chloe Gannon and Luna.

One week left to apply for Spend Local cards