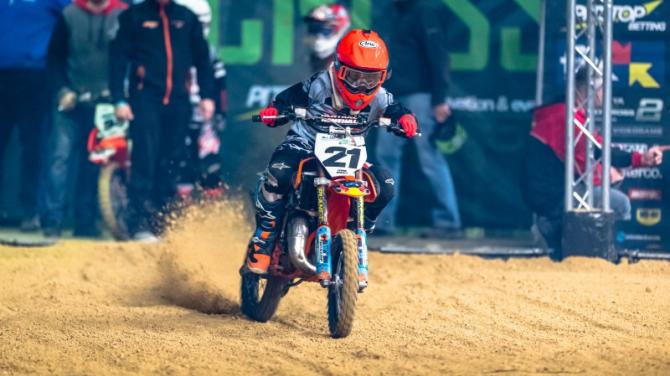 LEWIS Spratt from Omagh set himself something of a challenge at the start of the year when he, with the support of his family, decided to contest the 2019 Arenacross indoor motocross race series.

The Omagh County Primary School pupil made his Arenacross debut at The SSE Arena, Belfast, over the two nights of Friday the 18th and Saturday 19th January, when the six-round Tour got underway.

It was a slow start for Lewis at his home ground. He finished 10th overall on the first night and 11th on the second and posted his lowest result of the series in race two with a 15th.

But the Campsie Road Service Station-supported rider is a quick learner and showed his mettle when he travelled over to the NEC, Birmingham for rounds three and four of the series.

One week left to apply for Spend Local cards