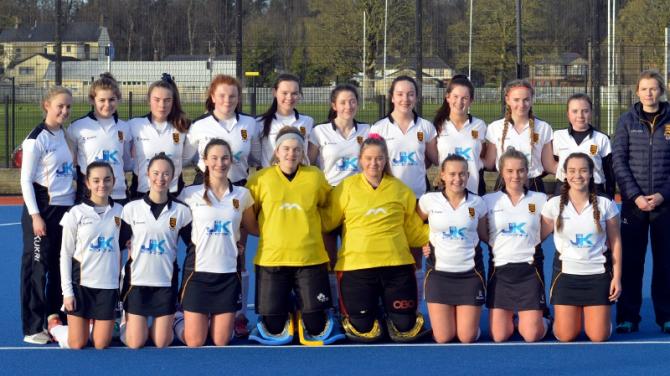 Omagh were confident at this stage following last season where they endured the dreaded shoot out on four occasions.

This followed a very gruelling match, where from the beginning, Rainey were expected to dominate.

However, it was Omagh who in the first quarter tested the visiting goalkeeper following a successful long corner routine.

Rainey did dominate the possession but rarely threatened Omagh’s final third due to the well organised defensive line up of Emma Hamilton, Amy Sproule, Katie Beattie and Emma Marechaux.

Rainey enjoyed more territory in the second quarter, and despite winning penalty corners, could not find a way through the solid defence.

Omagh were pleased with their efforts in the first half but knew that Rainey would heap more pressure on in the second half.