Carl and Shane top the lot at Q-Sports Academy 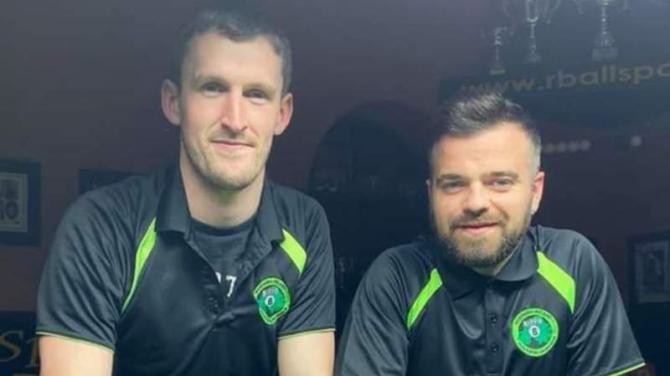 CONGRATULATIONS to Carl Martin and Shane Mulligan, who finished top of Q-Sports Academy £1,300 8-Ball Pool Team League and were rewarded with a place in the final which sees the team winners receive £500.

Also well done to Chris Beattie and Owenie McMenamin who finished in second place to progress into the semi-finals and will play the winners of bottom eight qualifier.

Seamie McArdle and Matthew Campbell came through the bottom eight team qualifier playing fantastic pool on the night to secure a place in the semi-final when they will come up against Chris Beattie and Owenie McMenamin.

'A' Player of League

Seamie McArdle claimed the ‘A’ Player of the League with a one point victory over Piotr Samulewicz and will collect £100 for his efforts.

'B' Player of League

Congratulations to young Owenie McMenamin who was crowned 'B' Player of the League with some fantastic performance throughout the league campaign and will also receive £100 for his efforts.

Congratulations to Carl Martin and Chris Beattie who will contest the final of Q-Sports Academy £1,300 Team League A individual final which will take place on finals night (date tbc) both players played superb pool on Monday night past recording great victories over top players.

A date for grand finals will be set over the next few weeks which will be a Friday night when semi-final and final of team event will take place along with A and B Individual finals plus presentation of all prizes.

Prize money is as follows...