All geared up for Samsonas Rally Fivemiletown! 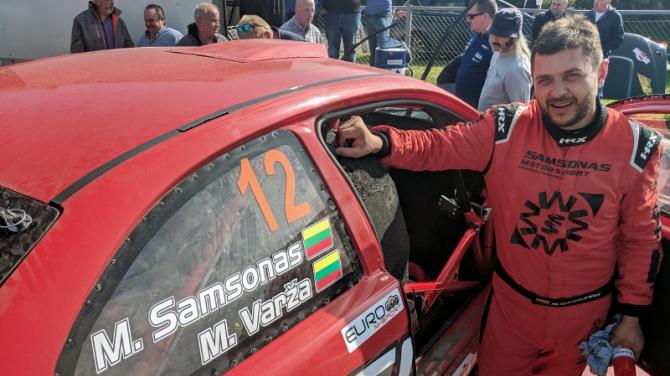 While this year's Northern Ireland Rally Championship has moved to an all-tarmac affair, the Forest Rally Challenge has been created to satisfy those competitors who prefer to go rallying on the loose.

The series includes three popular forestry events including this weekend's Samsonas Rally Fivemiletown as well as two rallies in September - the Lakeland Stages and the Bushwhacker Rally.

A fourth date has also been reserved in November for a yet to be confirmed event which would conclude the series.

The McGrady Insurance backed Challenge is running as a completely separate entity to the main N.I. Rally Championship. It is open to both two-wheel-drive and four-wheel-drive crews and will use a similar class structure to the sister tarmac series.

Points will be allocated in the same way to competitors who will be automatically registered for the Challenge. Manual registration is not necessary, although competitors must display the required Challenge decals on their competition cars in order to score points.

Raymond Linton, the chair of the Stage Rallies Specialist Committee, said: "We wanted to create a series that would cater for competitors who prefer rallying on gravel so the Committee created a new Forest Rally Challenge. It will run separately to the all-tarmac Northern Ireland Rally Championship and we're delighted to have support from McGrady Insurance for both series."

"Awards at the end of the season will be presented to the top three overall as well as first in the two-wheel-drive category. We've got three excellent events included in the calendar with an option to run a fourth at the end of the season. It's something fresh and new for competitors to tackle and we're looking forward to a successful rally season in Northern Ireland."

The Forest Rally Challenge kicks off with Omagh Motor Club's Samsonas Rally Fivemiletown this Saturday (22 February). Based in Fivemiletown, the event features 10 stages in the surrounding forests and more than 30 stage miles.

It's proving to be massively popular with 90 competitors set to line up for the start, including an entry from Lithuanian based event sponsor, Martynas Samsonas.

While most entries such as top seed Niall McCullagh are from closer to home, the international flavour doesn't stop there as Latvia's Janis Vorobjovs (BMW M3X) and Scotland's John Wink (Hyundai i20 R5) are among the entrants. They join many more latest specification R5 cars plus a sprinkling of World Rally Cars, not to mention a host of gravel-throwing two-wheel-drive machinery!

For more information about the Challenge, visit facebook.com/niforestrallychallenge or anicc.org.uk.