Darryl breaks his PB - on the empty streets of Omagh 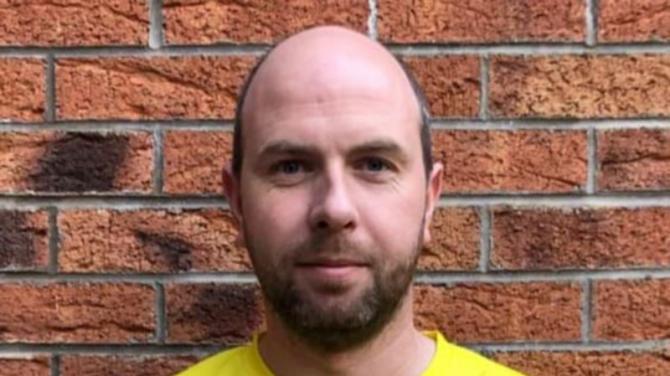 WHEN you think of a half marathon, you imagine thousands of runners, all spurring each other on, cheered on by many more spectators, with medals, refreshments, high-fives and hugs at the finishing line.

But these are unusual times and with all athletic events cancelled or postponed across the world, runners in Omagh have had to get inventive to keep fit and complete their challenges.

Omagh man, Darryl Burns, had spent months training and raising money for the London Landmarks Half Marathon. It was an event he had been looking forward to, and so it was understandable that he was left extremely disappointed when the coronavirus outbreak called his plans to a halt.

But rather than feel sorry for himself, Darryl decided that he was going to plough on and run the 13.1 distance, even if he had to plan his own route around his hometown!

Recently, Darryl - who had been training with the Run for Enda group - ran just about every road around Omagh's town centre until his clock read those magical numbers: 13.1.

Remarkably, given the fact he was running alone, Darryl achieved a two-minute personal best, finishing in a fantastic time of 1:53:55.

"It was kind of my own version of the Omagh Marathon route!," laughed Darryl.

"I had raised the money and done my training, so I was determined to do the race.

"I had to dig in a bit more than usual; it was a very different experience to a normal race. When I got to the 11 or 12-mile mark, I was thinking the people on the street would normally be cheering the runners on by now. I was just glad to get out and do it though. The roads were quiet, there were a lot of people out walking."

During his run, Darryl took in the sights and sounds of the Gortin Road, Strathroy, Campsie, Crevenagh Road, the Hospital Road, Killyclogher, through the town centre - and even a couple of loops around the Showgrounds!

"The training I had done with Run for Enda at Youth Sport was absolutely brilliant," said Darryl. "I was well prepared for it.

"I was delighted with my time; I had set out without any expectation. I felt comfortable and was able to keep up a decent pace."

Normally when you cross the finishing line, you're greeted by fellow relieved and tired runners, handshakes are exchanged and hugs are received, so it was quite a surreal experience for Darryl at the conclusion of the race.

"I was buzzing because I was finished. But it was very different."

A number of other members of the Run for Enda group have also completed similar routes and in these lonely and strange times of self-isolation, the club's WhatsApp group has provided comfort to runners - and kept everyone motivated.

Credit to Darryl, he also raised over £450 for Air Ambulance NI in the process.

“I had a target of £300 but we did a coffee morning with Omagh St Enda’s and half of the money raised from that will also go towards the Air Ambulance.

“People have been so kind and it’s such an important charity.”