Calum's 'Run around the Block' raises money for armed forces 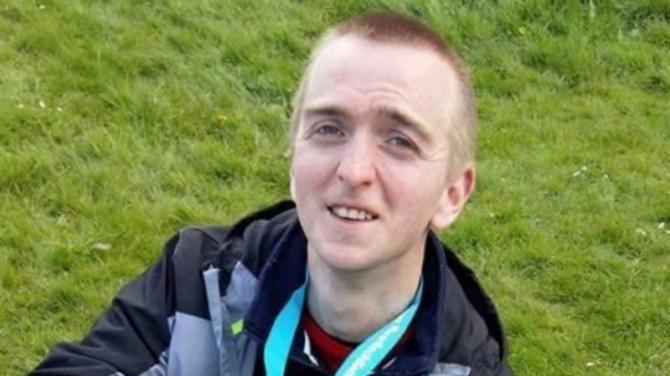 OMAGH man, Calum Morrison, is the latest local athlete to complete a 'home marathon' after running 118 loops close to his McClay Park home!

Calum, a seasoned runner who has participated in multiple 'ultra' marathon events in the past, was gearing up for the Belfast Marathon but when it was cancelled, he decided to run the 26.2 mile trek practically on his own door step.

Only six days after setting up a fundraising page to generate much-needed money for SSAFA, The Armed Forces Charity, Calum had already raised over £400.

"The response has been absolutely fantastic," beamed Calum. "I had set the target at £262 because the marathon distance is 26.2 miles and I had only asked people to donate £2.62 because I know times are hard for some at the moment. But then the money came through - £5, £10, £20, etc - it all escalated so quickly.

"I am very happy with what I have raised. And now my brain is ticking to see what else I can do!".

It was just reward for Calum, who broke his previous personal best at marathon distance with a terrific time of three hours and 48 minutes.

"I hadn't set a PB in four years!," laughed Calum. "I have run ultra-marathons in the past, so the miles were in the legs, but it was a big challenge because I hadn't been training in the way I should have been. It just came down to time management on the day.

“I actually worried that I wouldn’t be able to finish the race - but that point never really came. The wheels started to come off a little bit at 21 miles, but by that stage I was almost through it.

“It was tough, my arms and legs were sore, my stomach was doing somersaults - and it was very warm.”

Calum describes the whole experience as “quite surreal”.

“My wife Tracey and three daughters were in the garden and I had relatives who had sat in their cars, and neighbours who were also in their garden, who were all cheering me on.

“There was a good community buzz and it was nice to have some noise around the place again!”

If you would like to raise money for Calum’s cause, see www.justgiving.com/fundraising/theuneliteathlete