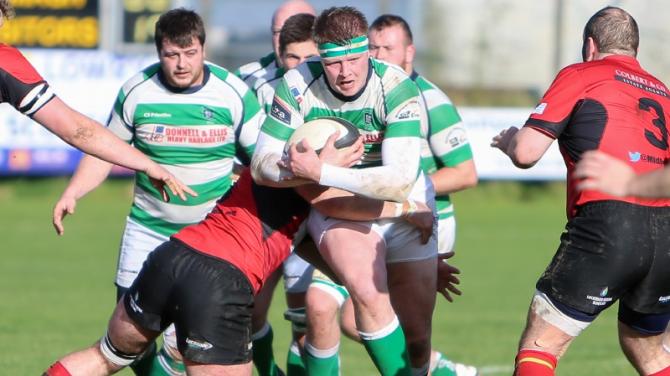 OMAGH Accies were made to pay for a below-par performance as they gifted the league leaders, Midleton, a try scoring bonus point victory in the Ulster Bank League 2C at the Thomas Mellon Playing Fields on Saturday.

It was a mistake riddled effort throughout from the home side, who coughed up possession when well placed to make it all to easy for the visitors to race into a 22-0 lead and despite enjoying the lion‘s share of second half possession, the Accies conspired to make a mess of three good try-scoring opportunities that could have turned defeat into victory.

“Inaccuracies from us gifted them all their points in the first half. They did nothing special at all. Don’t get me wrong, they are a good side, well drilled, but they were patient, waited for us to muck up and we did!,” fumed Marshall.

“We were forcing things, picking the wrong pass, the referee’s interpretation of the break-down was bewildering at times but at the end of the day our inaccuracies in the first half cost us the game massively.

“Then, in the second half, barring their one score, we had complete domination but we contrived to drop the ball three times over the line!"