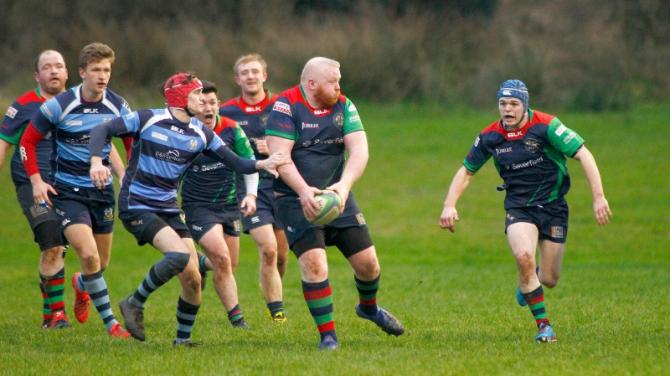 CLOGHER Valley 2nds hosted Dromore 2s at the Cran in a thrilling six-try encounter in which the visitors went home with all of the spoils.

With Dromore sitting in the top three of the league and the Valley in the bottom three, it was always going to be a tough encounter for the home side.

Dromore started with a bang and had seven points on the board within the first few minutes.

That awakened the Valley and they started to put together some phases of play.  The interaction between forwards and backs was outstanding as they pilled the pressure onto Dromore.

They kept this pressure up for 10 minutes keeping Dromore pinned in their own half.  Unfortunately, as they entered the red zone, close to Dromore’s try line, a mistake or a strange decision from the man with the whistle relieved the pressure for the visitors.

Dromore are a well drilled side and when they seen an opportunity they pounced, weak tackling allowed them to advance up the pitch and as they entered the Valley 22, one missed tackle was all they needed to add another seven points to their score line.  Dromore led 14–0.