Accies 2nds get off to winning start in Premiership 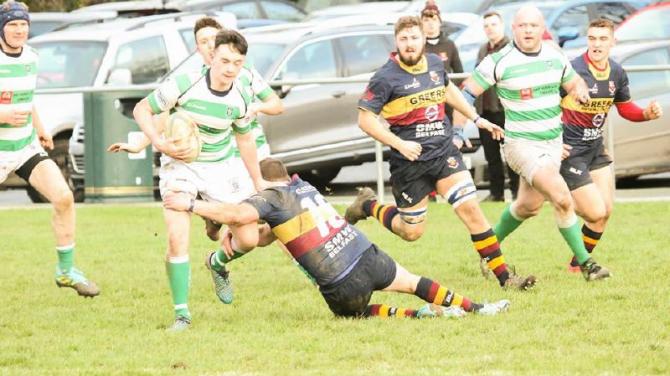 AFTER an indifferent Conference League campaign which ended prior to the New Year, Omagh Academicals 2nd XV began their assault on the Premiership 2nd XV league in spectacular fashion when they travelled to Rifle Park and came away with a bonus point win after a comprehensive 47-5 victory over Banbridge 2nd XV.

The Premiership league comprises of the six best second XV teams in Ulster and includes powerhouse clubs such as Ballynahinch, Ballymena, Malone and City of Armagh. Coaches Kane and Warnock were delighted to begin the league with a victory and five points.

James Kane said: “It’s vital that the team are competing at this level to enable us to develop and prepare the young players for the step up to Senior and All Ireland League Rugby.”

After a late team selection on Friday the injured Kyle Beattie was replaced by Peter Scott at outhalf, with his brother Ben replacing the injured Steve MacLaine on the left wing. With Taine Lagan still on the treatment table, Alan Heaney and Dean Kane maintained their centre partnership.