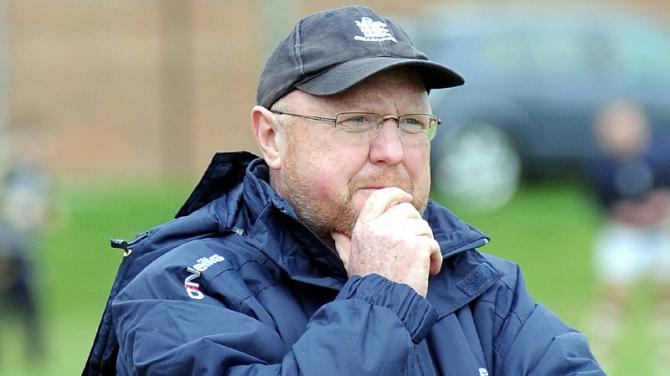 OMAGH Accies scored a couple of late tries to earn a bonus point in their defeat to Malahide at Estuary Road on Saturday.

The Leinster men ran in four first half tries, before engineering a 31-0 lead, and it looked like any aspirations the Accies had of a top four finish were dead and gone.

However, late scores from the returning Mark Smyth and skipper Stewart McCain earned them a try scoring bonus point and with Bruff losing at City of Derry, there remains hope for Phil Marshall’s men just yet.

In simple terms, the Accies are three points adrift of the playoffs and need to beat Ballina - who were crowned champions on Saturday - and hope Bruff lose at home to second-placed Midleton this weekend.

Having something to play for still is quite surprising, given the start to proceedings the Accies made on Saturday as three mistakes cost them three tries as Malahide engineered a 19-0 lead, before dotting down once more before the interval.

They moved into a 31-0 lead early in the second half before Ryan Mitchell crossed the whitewash to make it 31-5 and when Smyth scored the first of his brace on his All-Ireland League debut from the bench, converted by Scott Elliott, the Accies gained some confidence.

However, yellow cards to Kaine Holden and Ricky Hemphill in the space of two minutes meant Omagh had to play for eight minutes with just 13 men and Malahide managed to score another converted effort.

Once back to full strength, Smyth scored again and McCain added what could prove a vital fourth, which was converted by Elliott, as the Accies salvaged something from what looked like being nothing.

There is expected to be a huge attendance for the Accies’ final league game of the season on Saturday (kickoff 2.30pm) when Marshall’s side play host to Ballina.

Meanwhile, also on Saturday, at 11.30am, an Omagh Select XV will take on a team from the Northern Ireland Fire and Rescue Service for the Kenny McEwan Memorial Cup.