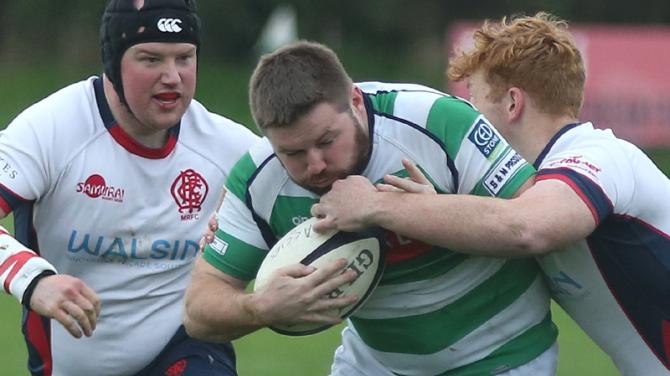 OMAGH’S 2nd XV took on a strong Malone 2nd XV who had benefitted from the release of a few academy players which strengthened their team.

Omagh played superbly in the first half an hour with Ryan Armstrong, Jonny Sproule and Dean Porter all making good ground in attack and putting the opposition under pressure in defence.

Unfortunately, the visitors went into the break with a 14-3 lead thanks to two converted tries with the only Omagh points coming through a penalty from Jake Reid.

In the second half, Omagh would score a try of their own through some slick hands in the backline. Fullback and captain Maclaine threw a Sonny-Bill-esk pass out the back to Catterson who drew the last man and sent Dean Barr in for the try.

This was to be their only points of the second half as the strong Malone 2nd XV pulled away through four converted tries to leave the final score at 42 points to 8 to the visitors.

Omagh 2’s now have a bye in the Junior Cup and a well-earned rest weekend during which they will be looking to nurse a few injuries and knocks back to full fitness in preparation for the home Conference League game against Ballymena 2nd XV on Saturday, October 30.