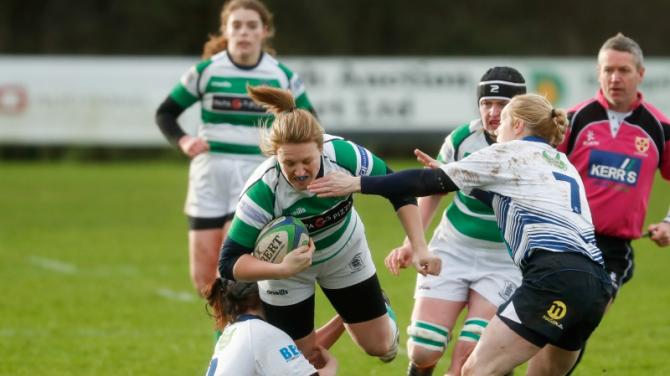 The first encounter between these two sides in October resulted in a big win for Dungannon but with training and growth since the Omagh squad were up for the challenge.

Omagh started well and had possession in the Dungannon 22 for the majority of the first half. Minor errors and three disallowed tries for the home side resulted in a win for the visitors.

Omagh showed massive improvement from the first encounter and now look forward to their next challenge which is in the quarter final of the Junior Cup as they host City of Derry on January 23.

A spokesperson said: “Thanks to all who supported the girls on Sunday, and they hope to see a good crowd again on January 23 to cheer them on.”