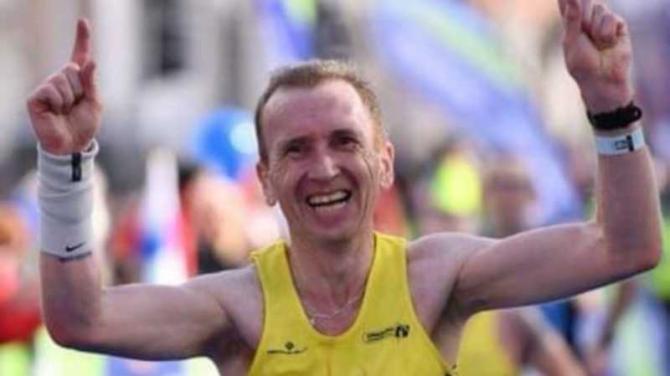 NEXT month, Omagh Harriers' Seanie Meyler will have the privilege of wearing the Northern Ireland jersey when he travels with the team to Swansea to compete in the British and Irish Masters Cross Country International event.

Seanie, who will represent the country's 50-54 age group, qualified for the prestigious event courtesy of his sixth-place finish at a five-mile trial race held in the Dub Pavillion, Belfast, earlier this month. It was a close call: only the top six qualify for Team NI and Seanie was neck-and-neck with the seventh-placed competitor, until a dramatic sprint finish took him ahead of his opponent.

And now Seanie can look forward to the one-day event on November 17 when he will target a top-20 finish and a silver team medal, at least.

A relieved Seanie recalled the trial experience: "I finished in a time of 29:58 - and that would be seen as a 'good' time, but because of the quality of runners it just about got me over the line.

"I ran with the seventh-placed competitor for the entire race - he actually beat me two years ago - but with 200 metres to go I had a bit of sprint left so I just got ahead of him by nine seconds. It was a good battle. His wife had told him he was sixth, so that's how I knew to stick with him! I knew if I could get past him I would be in the sixth spot."

He continued: "Two years ago I ran for Northern Ireland and I finished 22nd out of 30, so I will be targeting a top-20 finish this time around. From a team point of view, we have a couple of new runners and we could be pushing for a top-two finish. We achieved bronze last time, but it would be great to get a gold or a silver. We have got some very good runners.

“I have been doing a lot of training at Donnelly's Holm, as the cross country is quite different from the road racing. I did a lot of cross country when I was in my teenage years and I have only got back into it in recent years. I would like to thank my coach Tim Shiels for all of his help, as well as the rest of the Omagh Harriers team.

“It is a great privilege to be selected to compete with some of the top runners in the UK and Ireland.”