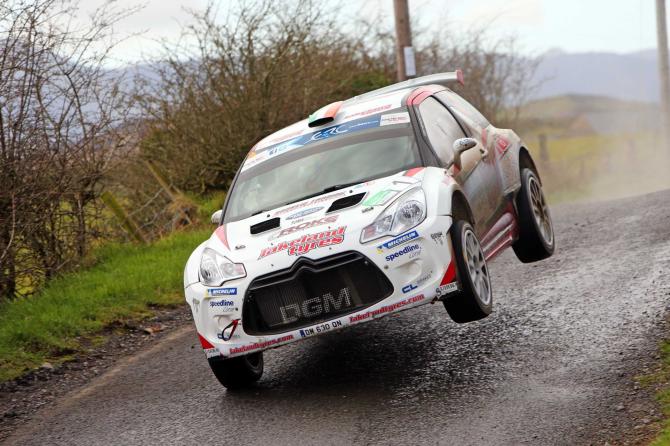 IN THE penultimate chapter looking at the possibility of Northern Ireland being handed the chance to stage the World Rally Championship, Jason Craig speaks to two leading drivers to gauge their feelings.

When you chat to top drivers they tell you they relish the unfamiliarity of new events, be they in Chile, the Safari or Japan. One of those is Craig Breen - a double Circuit of Ireland Rally winner.

The Hyundai Motorsport driver acknowledges that he is biased in wanting the WRC to pay a visit to the Emerald Isle for the first time since 2009. “I’d love if the WRC came back,” he said.

“The fanbase exists here, the infrastructure is in place and, most importantly of all, the roads you need are here.

“It would be great if we could get it back here. I have been lucky to travel around the world and I can say with confidence that what we have here is far, far superior to other parts of the world.”

Naturally,  if you are Welsh and you have a good thing like the WRC you don’t want to surrender it too easily.

Matt Edwards – a two-time British champion (pictured, below) who is aiming for a record-breaking third title in 2020 – has had the benefit of driving the stages on Wales Rally GB, with some running not far from his home. He has also experienced Irish roads on previous visits to the Ulster Rally and says he would be in full support of Motorsport UK rotating Britain’s round of the World Rally Championship, even on a one-off basis.

“I would be in favour of it, yeah,” he said. “I don’t think it would do any harm actually.

Whereas closed-road legislation is still a relatively new concept on the UK mainland, Wales especially, it has been well exercised in Northern Ireland – another reason, says Edwards, why rotation works.

“As it currently stands we don’t know what Tarmac rallying [in England or Wales] has to offer,” he said.

“You have the Jim Clark Rally in Scotland and the stages there are good but you really need more Jim Clark rallies.

“We don’t know what other roads are available on the mainland.

“You don’t have that problem in Ireland as so many of them have been used down through the years by different events.

“The only fear I have is that indecisiveness could create problems longer term. If we take our eye off Wales Rally GB because we are looking at rotation we could end up where we are not in the WRC.”