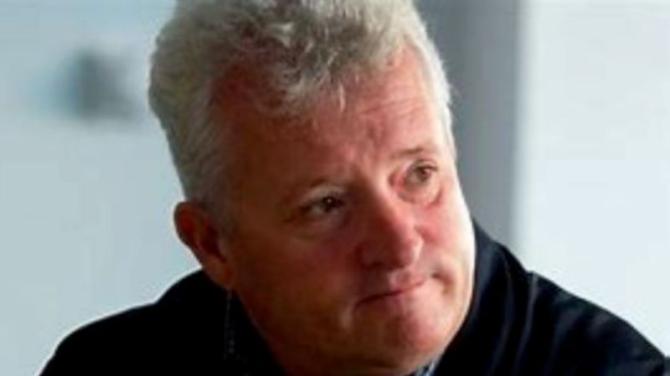 The first webinar will take place on Monday, March 15, from 7pm to 8.30pm with guest speaker Stephen Maguire.

Stephen is a world-renowned coach who, having led a period of immense success in his sport of athletics, was previously employed by British Athletics and was the Head of Sprints, Hurdles and Relays and coached the men’s 4x100m relay to World Championship Gold in 2017. His success saw him named Coach of the Year at the BBC Sports Personality Awards the same year.

Stephen is no stranger to accomplishment, having previously coached Eglington Paralympic sprinter Jason Smyth to multiple gold medals at the Beijing and London Paralympic Games.

Stephen’s workshop will focus on culture and environment, as he shares his learning and experiences of coaching some of the world’s top athletes. Stephen will facilitate the session to challenge thinking of how you as a coach can influence and develop a strong positive culture in your club setting.

The second webinar will take place on Monday, March 29, with guest speaker Áine McNamara from 7pm to 8.30pm.

Áine is currently employed as an Associate Professor in Elite Performance at Dublin College University (DCU). Áine’s background is in physical education and coaching and she has worked with young people in a range of sporting environments as an educator, coach and sports psychology consultant. Áine’s research focuses on talent development processes and youth coaching in sport and other performance domains. Having completed her PhD in Talent Development in 2010, Áine has since published over 50 papers and book chapters focusing on psychological characteristics of developing excellence and biopsychosocial perspectives on talent development, as well as co – authoring the book, ‘Talent Development: A Practitioners Guide’.

Áine’s workshop will focus upon practical coaching with advice on designing and optimising the club environment to support young athletes, including optimum development and coaching environments for all levels.

Speaking about the webinars, the chairperson of Fermanagh and Omagh District Council, Councillor Diana Armstrong said, “Fermanagh and Omagh District Council is delighted to be once again working in partnership with Sport NI to deliver such high quality training through the Curious Coaches Club. Securing the services of two highly respected and successful guest speakers is a significant achievement and I am confident that the wealth of knowledge and experience which Stephen and Aine possess will be of tremendous benefit to those participating in the webinars.

As both events are likely to prove very popular and space is limited, I would encourage anyone with an interest in coaching to book their place as soon as possible.”

Michael Cook, Sport NI said: “Sport NI have continued to work in partnership with Fermanagh & Omagh District Council to support the education and development of coaches throughout the north west region. The focus of the Curious Coaches Club is to improve the coaches’ knowledge and skills through quality learning experiences. The speakers we have lined up will aim to challenge the thinking of the coaches in attendance and encourage them to consider their current coaching practice in a reflective manner. The online events will be available to club coaches from all sports.”

Registration for the free webinars will be available from Thursday, February 18. Please note, places are limited and will be allocated on a first come, first served basis.