Banda and Grace on target as Mallards get first win 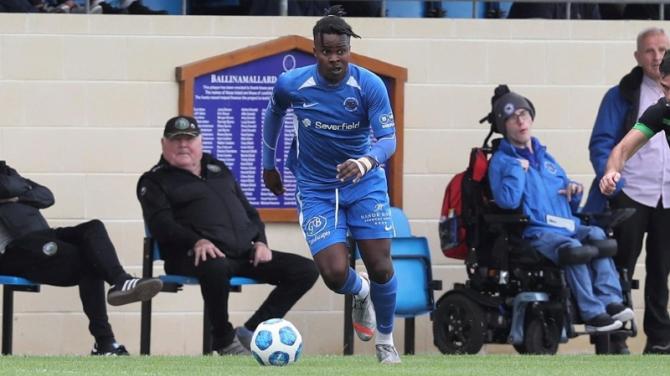 BALLINAMALLARD United picked up their first win of the Lough 41 Championship season against Queens University at The Dub on Saturday.

The game burst into life after just two minutes when Niall Grace played an inch perfect pass through the home defence and BJ Banda composed himself to place past Devine for the game’s opening goal.

Ballinamallard were on the front foot for much of the first half but failed to add to their early score, going closest when Grace fired over on 22 minutes.

The home side almost found themselves level going into the break, when following a goalmouth scramble Queen’s striker Brendan Glackin’s tame effort pinballed off the post and away to safety for the visitors.

Niall Grace put the game to bed on 70 minutes, as he managed to beat the offside trap to calmly place the ball home to make it 2-0 for Harry McConkey’s men.

The Mallards had a couple of additional chances to add to the scoreline in the final 20 minutes, but will be more than content with an away win with a clean sheet to kick-start their promotion push